NY Times opinion editor Bari Weiss has quit the paper effectively saying that the newspaper has lost any ability to seek balance post Trump’s 2016 election win. We post an excerpt of the resignation letter she wrote to her boss,

“But the lessons that ought to have followed the election—lessons about the importance of understanding other Americans, the necessity of resisting tribalism, and the centrality of the free exchange of ideas to a democratic society—have not been learned. Instead, a new consensus has emerged in the press, but perhaps especially at this paper: that truth isn’t a process of collective discovery, but an orthodoxy already known to an enlightened few whose job is to inform everyone else...

...Twitter is not on the masthead of The New York Times. But Twitter has become its ultimate editor. As the ethics and mores of that platform have become those of the paper, the paper itself has increasingly become a kind of performance space. Stories are chosen and told in a way to satisfy the narrowest of audiences, rather than to allow a curious public to read about the world and then draw their own conclusions. I was always taught that journalists were charged with writing the first rough draft of history. Now, history itself is one more ephemeral thing molded to fit the needs of a predetermined narrative.

…There are terms for all of this: unlawful discrimination, hostile work environment, and constructive discharge. I’m no legal expert. But I know that this is wrong.

..some coworkers insist I need to be rooted out if this company is to be a truly “inclusive” one, while others post ax emojis next to my name. Still other New York Times employees publicly smear me as a liar and a bigot on Twitter with no fear that harassing me will be met with appropriate action. They never are…

I do not understand how you have allowed this kind of behavior to go on inside your company in full view of the paper’s entire staff and the public. And I certainly can’t square how you and other Times leaders have stood by while simultaneously praising me in private for my courage. Showing up for work as a centrist at an American newspaper should not require bravery…

…Part of me wishes I could say that my experience was unique. But the truth is that intellectual curiosity—let alone risk-taking—is now a liability at The Times. Why edit something challenging to our readers, or write something bold only to go through the numbing process of making it ideologically kosher, when we can assure ourselves of job security (and clicks) by publishing our 4000th op-ed arguing that Donald Trump is a unique danger to the country and the world? And so self-censorship has become the norm.

What rules that remain at The Times are applied with extreme selectivity. If a person’s ideology is in keeping with the new orthodoxy, they and their work remain unscrutinized. Everyone else lives in fear of the digital Thunderdome. Online venom is excused so long as it is directed at the proper targets.”

Who knew? So much for all the news that is fit to print. 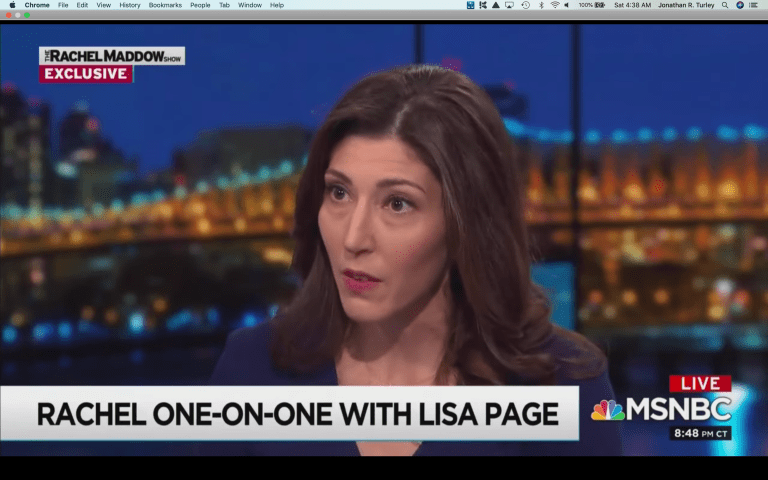 Two things from last week which carry on with the theme of double standards within the mainstream media. These are so unbelievable that one could be confused to think it was satire coming from the Babylon Bee. 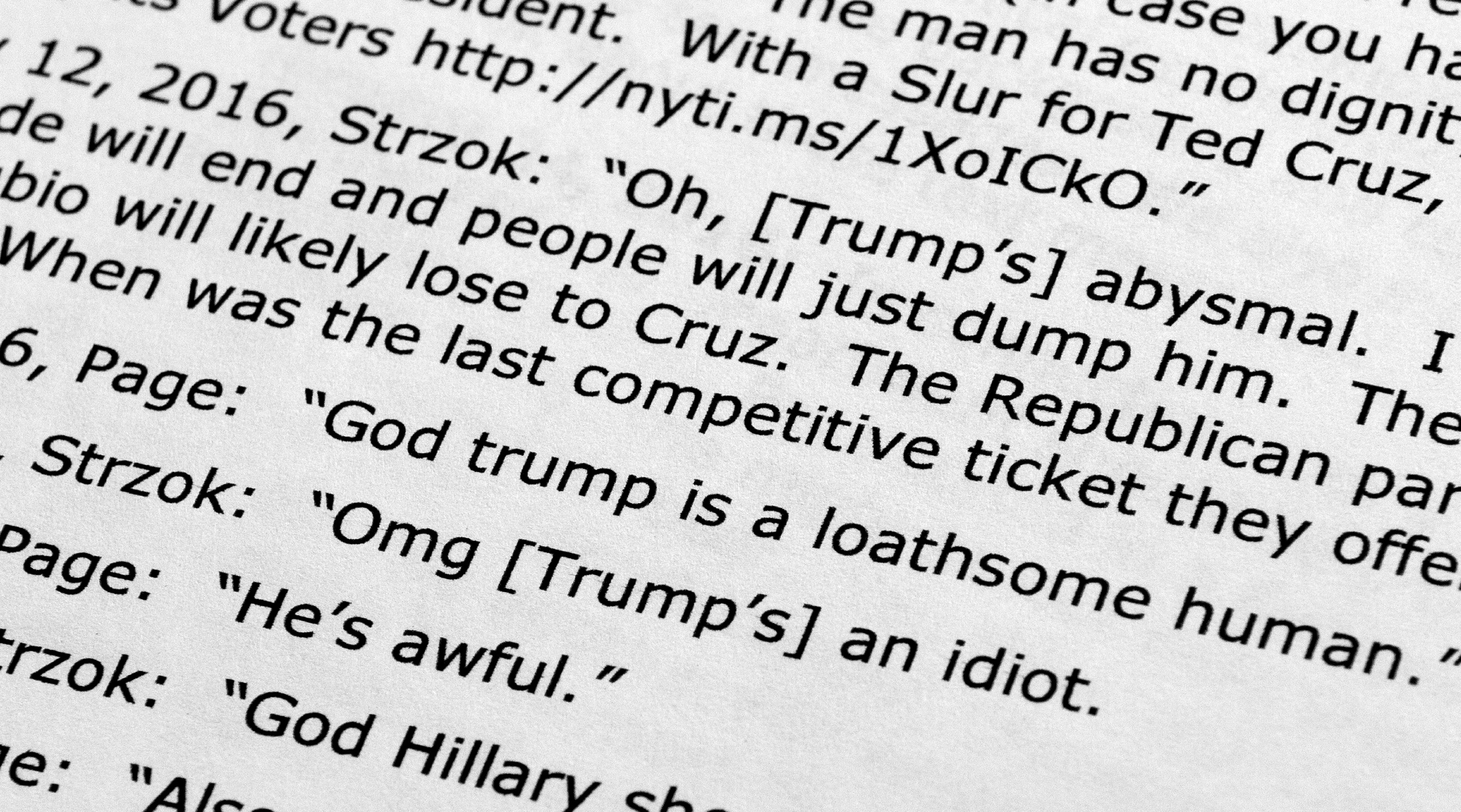 Then The New York Times, despite an invitation, couldn’t publish an opinion piece by Senator Tom Cotton which suggested military support to support law enforcement was sensible because apparently, “Running this puts Black people, including Black @nytimes staff, in danger.”

Apparently, the words of a sitting US senator were deemed more offensive, divisive and dangerous than other NYT opinion pieces from Putin, Erdogan and the Taliban they were only too pleased to publish.

Sen. Cotton said in response, “My Op-Ed doesn’t meet the New York Times’ standards…It far exceeds their standards, which are normally full of left-wing, sophomoric drivel…in the face of the woke mob of woke kids that are in their newsroom.”

Never mind the MorningConsult poll which revealed 58% of voters, including a 48% plurality of Democrats who said they’d support bringing in U.S. troops to supplement city police forces amid the protests.

All the news that is fit to print? If the left didn’t have double standards, they wouldn’t have any.

Another reason to like Rep Tulsi Gabbard, although she is nowhere in the polls despite her straight talking. If there was a Democratic Party candidate that even marginal Republicans could lean toward she is it.

CNN moderator Anderson Cooper asked what Gabbard thought of Trump’s withdrawal from Syria. The answer he got was a little more pointed than he expected.

“Well, first of all, we’ve got to understand the reality of the situation there, which is that the slaughter of the Kurds being done by Turkey is yet another negative consequence of the regime change war that we’ve been waging in Syria…

…Donald Trump has the blood of the Kurds on his hand, but so do many of the politicians in our country from both parties who have supported this ongoing regime change war in Syria that started in 2011 — along with many in the mainstream media who have been championing and cheerleading this regime change war…”

…now she gets really serious…

“…The New York Times and CNN have also smeared veterans like myself for calling for an end to this regime change war…Just two days ago, The New York Times put out an article saying that I’m a Russian asset and an Assad apologist, and all these different smears. This morning, a CNN commentator said on national television that I’m an asset of Russia. Completely despicable.”

The Extinction Rebellion protested outside the New York Times HQ complaining that the paper and other mainstream media outlets are not doing enough to alert people of the climate emergency we face. The demands included compelling journalists to use more hysterical language so they can push for more “radical responses.”

70 were arrested. No care for wasting other people’s time.

The NYT was a little upset and released the following,

“There is no national news organization that devotes more time, staff or resources to producing deeply reported coverage to help readers understand climate change than The New York Times.” The paper also claimed in a statement that it published almost 800 articles on climate change last year.

One of the first factual things it has written in a while.

The New York Times is so triggered almost 2.5 years after the 2016 election that it printed 2 pages worth of Trump’s insults since he ran for the Republican primaries. Why does it bother? By the time November 2020 arrives there will be another 2 pages of insults to add to it. Maybe more. Does the editorial board somehow think its readers aren’t aware of the paper’s dislike of Trump?

The NYT should be seriously concerned if he stops the slander because it will run out of things to write about.

So much for “all the news that’s fit to print“

Integrity is a must in journalism. Rarely do we see it. It seems that the white hating “fab new editor” Sarah Jeong also hates men and cops. If we forgive her hatred because others baited such that she was just giving it back, is there any evidence police mistreated her? Could it be a question of pulling her over for a traffic violation that they were doing their job, not deserved of “f*ck the police.” ?

Although not on Jeong’s watch, isn’t the hypocrisy telling? Several weeks before the Putin-Trump summit in Helsinki the NYT was championing LGBT Pride Week. Post the summit, the paper proudly displayed a homophobic cartoon to disparage the two presidents. How is it that the champions of identity politics can’t even get their own self determined playing field equal?

In terms of integrity, fairness and truth the paper fails on all counts. Let’s see for ourselves. A quick referral to The NY Times own Standards & Ethics page we find:

For more than a century, men and women of The Times have jealously guarded the paper’s integrity. Whatever else we contribute, our first duty is to make sure the integrity of The Times is not blemished during our stewardship.  At a time of growing and even justified public suspicion about the impartiality, accuracy and integrity of some journalists and some journalism, it is imperative that The Times and its staff maintain the highest possible standards to insure that we do nothing that might erode readers’ faith and confidence in our news columns. This means that the journalism we practice daily must be beyond reproach.

Under Fairness it prescribes:

The goal of The New York Times is to cover the news as impartially as possible — “without fear or favor,” in the words of Adolph Ochs, our patriarch — and to treat readers, news sources, advertisers and others fairly and openly, and to be seen to be doing so. The reputation of The Times rests upon such perceptions, and so do the professional reputations of its staff members. Thus The Times and members of its news department and editorial page staff share an interest in avoiding conflicts of interest or an appearance of a conflict.

As journalists we treat our readers, viewers, listeners and online users as fairly and openly as possible. Whatever the medium, we tell our audiences the complete, unvarnished truth as best we can learn it. We correct our errors explicitly as soon as we become aware of them. We do not wait for someone to request a correction. We publish corrections in a prominent and consistent location or broadcast time slot. Staff members who plagiarize or who knowingly or recklessly provide false information for publication betray our fundamental pact with our readers. We do not tolerate such behavior.

As CM mentioned yesterday, there is no call for a boycott of the NYT or a movement to fire Sarah Jeong. CM wants these people at the NYT to walk the talk. If there is a code that the paper lives and dies by, stand by it or change it to reflect the unhinged nature the once reputable paper has become. Once again free markets will ultimately decide the paper’s fate. If it’s subscriber ranks swell then all power to it reading the mood of the public. Not even the return of the remains of gallant Korean War veterans who fought for their freedom remains worthy front page news. No just more anti-Trump noise.

The irony is that all the Jeong saga has exposed is that standards only apply conditionally. Just like those Hollywood actors who threatened to leave the US if Trump was elected. Pretty much all of them are still here.

The NY Times no longer hides the fact that it breaches all of it’s own self-imposed governance. That racism can be defended (even if it is not condoned) and because the paper is  so proud of its new hire it publicly announced an apology on Jeong’s behalf. Oh the sincerity! Surely if she is sorry for her racist outbursts, she could openly apologize herself? Perhaps the S&E code is still in transit to her home in Portland!

Imagine if the police decided to deprioritise a distress call from Jeong? It is highly likely they wouldn’t. There is a difference in those who put their lives on the line and a Harvard trust-fund baby that tweets from the safety of the very security those she accuses provide her.