This was the headline of an article CM spotted today. Of course CM wouldn’t dream of writing something that daft. To think social wellness can be achieved, let alone sustained without attention to economic growth. Magic pixie dust perhaps? Even though CM debunked the relative aspects of the Wellness Budget being considerably inferior to Australia, the left were quick to lavish praise on the the new matriarch of the woke. She is like the Obama of the Southern Hemisphere. Even regressives are progressive in the eyes of the left.

Note the NZ budget forecasts a 25% lift in tax revenues out to 2023. Income tax will rise 29.9% over the same period. Indirect taxes will jump 28.3%. That on a slowing economy and a rising unemployment rate will mean incremental taxes sting at the margin. Their data, not CMs.

Effectively Australia gets way more bang for the buck on providing wellness initiatives with lower burdens on the taxpayer because that’s what happens when the economy IS prioritized. Spending on social wellbeing rises as the economy expands.

If unemployment rises (as forecast by the NZ budget) over coming years, one can imagine that wellbeing by its strictest definition should fall. One loses a job, household income falls and wellbeing declines with it, unless welfare is on a par.

Presumably if Ardern’s deprioritized economic growth leads to worse economic outcomes, she can be guaranteed that wellbeing won’t be sustainable without more shared misery in terms of debt (rising) and deficits.

As Friedrich von Hayek once said, “if socialists understood economics they wouldn’t be socialists.”

Such is the madness of the left that they believe yet again that feelings are more important than facts. Even though as “woke” as many paint Ardern, her neighbour across the ditch is already there and expected to continue to outperform. That’s because economic growth is the priority. Yet don’t expect Scott Morrison to receive any praise. He is the wrong gender, skin colour and religious affiliation for starters.

Ardern is unlikely to stop the 35,000 odd Kiwis that migrated to Australia last year but she maybe lucky in doubling the 40 (yes, forty) Aussies who left the land down under to live in NZ in 2018. 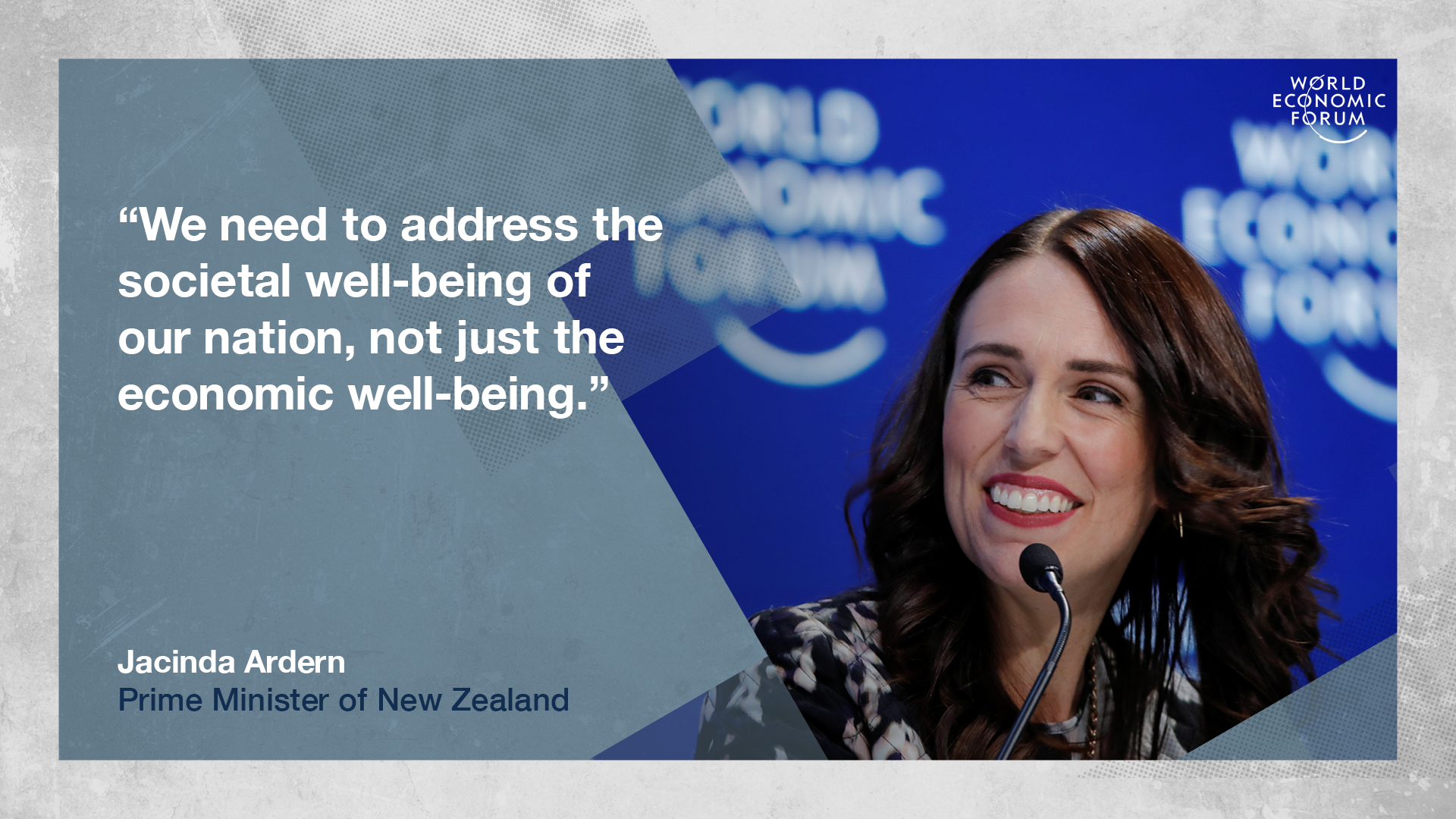 NZ PM Jacinda Ardern’s Wellness Budget is receiving lots of accolades. A true leader! Champagne socialist Sir Richard Branson also praised her saying other countries should take note. The idea that a budget should be solely based on economics is not progressive and more should be directed at “well-being”. That is not to say this budget is not “well-intentioned”. However, the statistics compared to across the ditch do not fare well on relative terms.

Comparing her newest policies versus Australia reveals the kangaroos get better access to social services than the kiwis. How surprising that none of the mainstream media bothered to look at the budget numbers on a like for like basis? Just praise her because she represents their ideal version of a socialist leader.  CM has looked through both budgets and adjusted for currency to make for easier like-for-like comparisons.

On mental health, Australia forked out around A$9.1bn exclusively on these services reaching 4.2m citizens last year. NZ is planning on spending A$45.1m in 2019 with a total of A$428m by 2023/24 to hit 325,000 people on frontline services for mental health. While the move is a positive one, NZ will allocate A$1.78bn to mental health as a whole over 5 years. On an annualised basis, Australia will still allocate 5x the NZ amount to mental health per capita. So much for wellbeing.

On education, NZ plans to increase per capita spending 7.9% between 2019 and 2022 whereas Australia will lift it 12.5% over the same period. NZ spends around 2x Australia per capita on education although PISA scores between 2006 and 2015 are virtually identical (and both heading south)

On public housing, Ardern can claim a victory. Australia is expected to cut spending per capita from A$240 in 2019 to A$194 in 2022 when NZ will go from A$137 to A$282. Although let’s hope Ardern has more success than her KiwiBuild policy. The Australian’s Judith Sloan rightly pointed out,

“Ardern also has stumbled with other policies, most notably KiwiBuild. The pledge was to build 100,000 additional affordable homes by 2028.

What started off as an ill-considered public housing project has turned out to be an extremely unsuccessful private real estate scam. The government estimated that there would be 1000 homes built last year under KiwiBuild; it turned out to be 47.”

Look at page 119 of the NZ Wellbeing Budget, we can see the government is forecasting the economy to slow and unemployment to rise.

As we wrote several weeks ago, the statistics that Aussies are about to pack their bags and head of to NZ are not supported. CM wrote,

According to the New Zealand Statistics Bureau, 38,700 Aussies live in New Zealand. In the January 2018 year, 24,900 migrants arrived from Australia and a similar number departed for Australia.

Stats NZ stated, “Over half of migrants arriving from Australia are actually returning Kiwis who have been living across the Tasman for more than a year…The number of migrants going back and forth to Australia in the past year almost balanced each other out – the net gain was just 40 people in the last 12 months.”

As socialists love to point out, “feelings matter far more than facts“. Just goes to show how easily people will fall for a catchy headline, rather than judge it on its merits. Time the “woke” wake up from this slumber. By all means, celebrate more recognition of higher mental health spending but best put it in perspective. Jacinda Ardern is ordinary.

Since the US Bureau of Labor Statistics (BLS) has been keeping score, Americans with more than one job soared in Feb 2018 to the highest level seen in that month for a quarter century. March 2017 was also a record for that month in 24 years. One would expect when the economy is in the groove that people do not need to hold down multiple jobs to get by. On a percentage of the total labour force basis, multiple job holders in Feb 2018 have exceeded the level set in 2007 ahead of the GFC, or 5%.

However since the shake out of GFC, people holding down multiple jobs has continued to rise every year for the last 9. The previous record was only 5 years. Trends in disability payments and food stamps shows eerily similar trends since 2002.

Disabled beneficiaries aged 18–64 in current-payment status accounted for 4.7% of the population aged 18–64 in the United States. The states with the highest rates of disabled beneficiaries – 7%+ -were Alabama (SNAP benefits 17% of population), Arkansas (13%), Kentucky (15%), Maine (14%), Mississippi (18%), and West Virginia (19%). All above the national SNAP average of 13% and only Maine that voted Democrat in the 2016 election. Coincidence?

Could it be that more Americans are sick of living off more and more handouts? Seems plausible that Trump’s delivery to the White House was driven by these immutable trends – they want change to a system which they know can’t sustainably deliver forever like this. That is why tax breaks resonate. Why tariffs strike a chord. None-the-less maybe the uptick in multiple jobs is highlighting that things aren’t moving quickly enough.