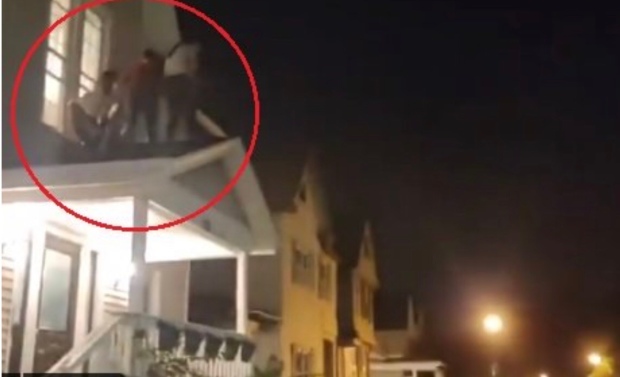 It’s times like these that residents in Rochester, NY probably wished they had an NRA banner skewered into their front lawn instead of one filled with pacifist woke messages.

Several weeks ago we were appalled to see BLM activists shine torches through bedroom windows and yell obscenities in the middle of the night in suburbia. Now these thugs are climbing onto properties to intimidate the occupants.

After BLM activists ransacked local restaurants and causing diners to flee, they went to their homes and intimidated them there.

How can anyone in their right mind vote for those who have openly supported these “mostly peaceful” protestors? We reckon BLM is doing far more lasting damage to businesses that coronavirus lockdowns ever could.