If these self-entitled brats had the first idea what their grandparents may have endured during the Holocaust, they would never seek to do this. Being Jewish doesn’t make one an expert on American border policy. Have they considered that these captives ran into harm’s way, rather than from it?

Do these kids know what the “sonderkommando” did inside real concentration camps during the 1940s? What about the “kapos”? Thought not. 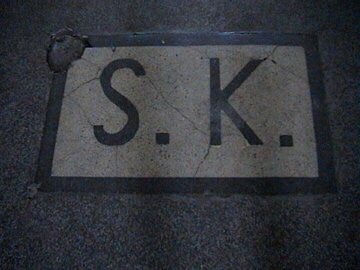 Do these kids think ICE are subjecting kids to forced labour? Are they being led into gas chambers? Their bodies cremated in incinerators? Is their hair being shaved off to make clothes? Are their guardians gold teeth being pulled to fund the ICE/CBP effort ?

CM went to Auschwitz-Birkenau in 2003. There is a room in the middle of a 3km x2km perimeter where photos of the Polish Jews who were murdered are posted in a collage.

One picture floored CM. It was – picture of this young girl, named Renia Kohn. She was 5yo when she was gassed. Tears still stream when I look at this photo. It puts one’s own life into perspective. She was systematically murdered. For what? For being a Jew.

Or maybe it is pictures like Abraham Feiler that shocked CM. The look of fear in that poor man’s eyes. It is sheer terror an one only knows what must have been going through his mind before he was killed in 1942. 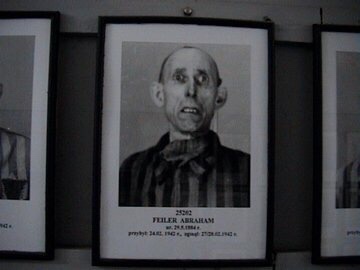 CM was so taken back by the strength of character Bronislawa Bachleda had. She was murdered in April 1943 but her face is full of defiance. How could she hold up like that in the face of such tyranny?

Or when CM visited Majdanek. The camp is in tact much as it was in the 1940s. It is set at the bottom of a valley in Lublin, Poland. The wind whistles through the gaps in the wood of the crematorium. It is the most awful blood curdling whistle. It is creepy beyond all belief. Goose bumps are a given.

In one of the huts lie over 100,000 pairs of shoes. One cannot unsee the number of children’s shoes collected in the museum. Crows still squawk from the guard towers as if the evil spell has yet to be lifted. 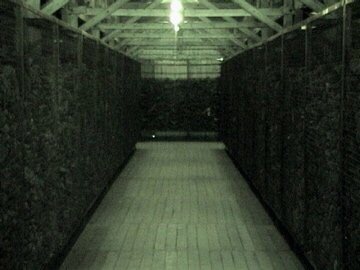 Or Sachsenhausen in Germany where prisoners were hung by their arms tied behind their backs to a pole. The weight of their bodies would dislocate the arms from their sockets. Such inhumane torture.

Maybe these kids might learn about Berisz Dov Lemel who was the subject of medical experiments on his liver and stomach which continued until April 1945. He is still alive today with 7 grand children. 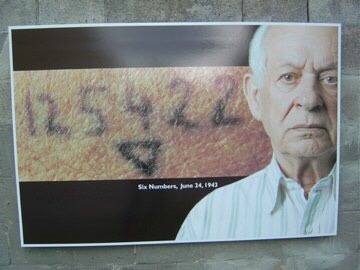 Border camps have become a necessary evil to be able to contain the tide of illegal immigrants. These kids would be better off paying attention to history than drawing a false equivalence to ICE behaving like the Waffen SS.

It is insane beyond belief to think that kids are being systematically murdered at the hands of US border officials. For if that were true activity would slow to such a trickle that US border patrols would only have to watch the grass grow in Mexico. As it stands many still prepared to take risks to move to the dictatorship which offers so much opportunity.

These kids should be forced to visit Yad Vashem and see what genocide truly looks like instead of running around with placards while sipping on Starbucks chai lattes as if they know what they’re talking about.