Brilliant speech as usual. How on cue were the EU incumbents ready to jeer his remark of “do you really want me back here?” on the basis he recontests the EU elections if the Brexit delay is extended. Of interest note that the EU has published a “No Deal” scenario which does not seek to sink Britain.

As a message to the spineless politicians in Westminster, just get on with what you’ve been instructed to do rather than tell us that you know better. I’ve tried this with my wife and it works wonders.

On a 2nd referendum CM believes the Brits would vote Leave by a bigger margin.

As UK PM Theresa May dithers on whether she wants to extend the deadline to buy more time on Brexit, 115,000 people on a Facebook poll want No Deal than the ridiculous half measures being concocted in the Commons. Politicians may think they know best but it is evident that they don’t. People are fed up with inaction.

The referendum was simple – Leave the European Union – Yes or No? There is little grey area – no backstops, no customs union. It was to leave. In the past 3 years, the EU leaders have only made it more self evident that the UK should quit this federalist bureaucracy. To think they approved Theresa May’s first deal inside 45 minutes tells us all how bad it must be for Britain.

CM is for No Deal. The EU needs reform and signing a deal that allows unelected bodies to dictate national terms and conditions only prolongs the necessity to clean house.

EC President Jean-Claude Juncker has managed to find himself drunk again before an African-EU dinner this week. He last embarrassed himself ahead of a NATO dinner where he had to be propped up by those EU member state leaders around him. Poor old Boris Yeltsin would feel outdone by this.

How wonderful that the man who refuses to yield to PM May on Brexit can’t seem to show any leadership in public. Why would Brits want to cede power to unelected bureaucrats like Juncker who take no responsibility in public for their inebriated behaviour? While his term is nearing the end, there is no doubt he’ll retire on a juicy state pension courtesy of member states.

We shouldn’t forget that in July 2016, Mr Juncker sent a letter to all 650 UK MPs claiming the referendum was not a real exercise in democracy and should be disregarded.

No Deal is the absolute best outcome for the Brits. It respects the result of the referendum as it breaks all ties with Brussels. The UK has always been a friend to the continent but the EU is treating the Brits like hostages. Apart from Project Fear it would be fair to say the world’s 5th largest economy will find trading partners soon enough. The auto industry will be the first to ask for a deal with the UK. Others will follow. The EU doesn’t want to lose a big contributor to the coffers.

It was soon after the referendum that we were told the UK economy would collapse. Nothing could be further from the truth. So why pay the Bank of England any mind with its prophecies? Former BoE Governor Mervyn King has publicly stated No Deal will be the best outcome.

Juncker proves again why the Brits should revert to type and be plucky. They just need a leader who is prepared to have a spine and respect the will of 17.4 million voters.

Whether you’re a Remainer or Leaver, Jonathan Pie explains in his trademark profanity-laced way why the Brexit deal of UK PM Theresa May is such a dud. What is the point of having a referendum which garners the highest ever voter turn out only to throw it back in the faces of both sides? In what world would a collective constituency want their parliamentarians to vote for a deal that makes everyone worse off? Why did May fold to every EU demand? She should have channeled the leader across the pond as to how to negotiate with Brussels.

Last week the Bank of England (BoE) ditched its independence charter to aid-and-abet the PM by producing a document stating a “No Deal” Brexit would hit UK economic growth by 8%.  What a joke. Would the EU seriously try to stitch up the economy of the second largest car market for German auto makers? It is preposterous in the extreme. Obama threatened in 2016 that the 5th largest economy would be at the back the queue when it came to trade deals. Trump would happily move it to the front. Canada and Australia too…can the BoE honestly come up with credible reasons why the ROW would spurn the UK in unison to get to an 8% slump?

Why only now has the BoE discovered this potential economic apocalypse? After all, the scare stories leading into the referendum about how the UK would plunge into the abyss should “Leave” succeed have simply not manifested. None of it. Why believe it now when its forecasts have been so off reservation? After all it did not advise the HM Treasury not to dump all of its gold at the very bottom.

Yet the Brits aren’t so stupid to see the deal being offered is the only one going. They have heard Minister for European Parliament (MEP) Guy Verhofstadt demand that member states hand over more sovereign powers to the EU. They saw EC President Juncker stagger blind drunk across a NATO stage BEFORE the dinner. There was little doubt in their minds when they checked the ballot square as to what was at stake. A No Deal Brexit is the one that should be pursued. The EU has so many disaffected member states that it is the one that needs to play nice with the UK, not the other way around.

Take this chart, which shows the level of apathy member states have to show up and vote at European Parliamentary elections. Were the Brits so gung-ho to stay in the EU, why have only one-third of Brits ever shown up to express their love and affection for federalism? Is it any surprise that Italy, Spain, France & Greece have shown similar disdain over time as the EU fails to deliver for them? Surely the trend since 1979 has shown the underlying mood of member state constituents about how they value EU membership.

Perhaps Verhofstadt put the Brexit discussion into perspective (from 6:20) – after member states ratified the May plan in 38 minutes (a sure sign it is a great deal for the EU) – when he stated the hope that in the not too distant future, “a new generation of British…decide to come back into the great political European family”

Tells us all we need to know. This week will show beyond a doubt about whether the island nation will have the very democracy it has shed so much blood to defend will be protected.

“During my lifetime most of the problems the world has faced have come, in one fashion or other, from mainland Europe, and the solutions from outside it.”

There is absolutely no way on earth that the 17mn who voted ‘Leave’ envisaged a Brexit plan that gave away money, took away voting rights, kept the country tied up in all current and future EU red tape, open borders and laws they’ll have no say over. On every level it’s a lose-lose. May’s plan virtually guarantees Britain will be worse off. No deal would make way more sense.

The UK is the 5th largest economy in the world. It should have been enough reason to negotiate FTA’s with anyone. Obama might have threatened that Brits would go to the back of the line, but who was he fooling? 17mn Brits thought otherwise. The people spoke.

Of course the Remainers will crow about their foresighted wisdom. Leavers will wonder why the Tory party room are prepared to back a deal that just looks so ridiculous. It doesn’t look like a negotiation took place. Unconditional surrenders have come with more  favourable T’s & C’s. If May is such good mates with Trump, why didn’t she take a leaf out of his negotiation tactics with the EU? EC President  Jean-Claude Juncker stumbled on the White House lawn after agreeing to sign an FTA with America in one day. Of course the Europhiles will argue the fine print will overwhelmingly protect EU rights, but the point is May never went into bat for her constituents. She sold her countrymen and women down the Thames.

“I really can’t believe it but this Government seems to be on the verge of total surrender. With every day that passes we seem to be getting more craven. We have already agreed to hand over £40bn for nothing – and certainly not a trade deal – in return.

We have agreed to become the punk of Brussels, signing up not just to their existing rulebook but to huge chunks of future regulation – even though we will have no say in drafting that legislation. We have agreed against all promises that the European Court of Justice will have a say in the enforcement of that regulation in the UK.

We have been so feeble in our preparations to leave the EU on WTO terms, and so unnaturally terrified of the consequences (greatly exaggerated by the scaremongers) that we have now said we will remain in the so-called customs union.

Which means that our trade policy will be run by Brussels at least until 2022, and – at this rate – long beyond that date. We will not be able to do free trade deals of any great value. We will not be able to take back control of our tariffs, our borders, our money, our laws. It is not even clear whether we will be able to set our own VAT rates – and yet we will have no one round the table to argue the UK case…”

With any luck, the bill will be blocked by Parliament. Leave Rebel MPs should vote against this travesty and look to file a no confidence motion to boot May. This is not what the people voted for. Regardless of whether people may or may not have changed their minds, everyone knew what was on the table and what the expected  outcomes. The ticket stated clearly in black and white,

So May’s plan technically keeps the UK in the EU without being a member.  No doubt she has been promised a fat cat advisory role in Brussels when she is turfed, which she surely deserves to be.

We should not overlook the behaviour or Brussels with unruly members in the past. Austria, Poland, Hungary, Greece, Ireland etc. You can take it to the bank that the EU will go out of its way to punish the Brits. Easier to bully the UK which may yet sign  away their own rights as if they were the vanquished army in war.  This isn’t a negotiation but a total capitulation.

So much for protecting democracy and respecting the results of a referendum. Why bother holding it in the first place? 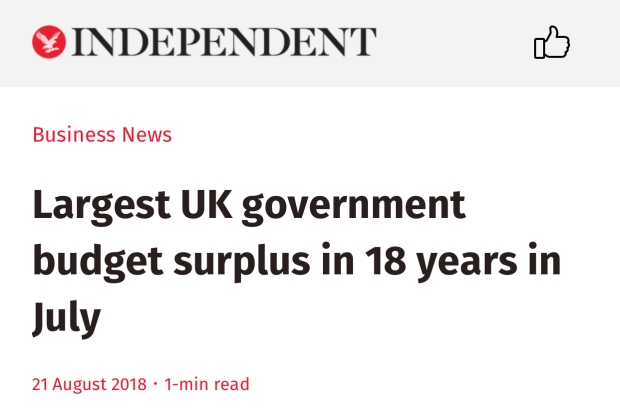 What was this narrative that the UK would plunge into the abyss with Brexit!? Something about corporate Britain being all confused and panicked about what to do with respect to the coming slow and painful death? Keep calm and carry on?