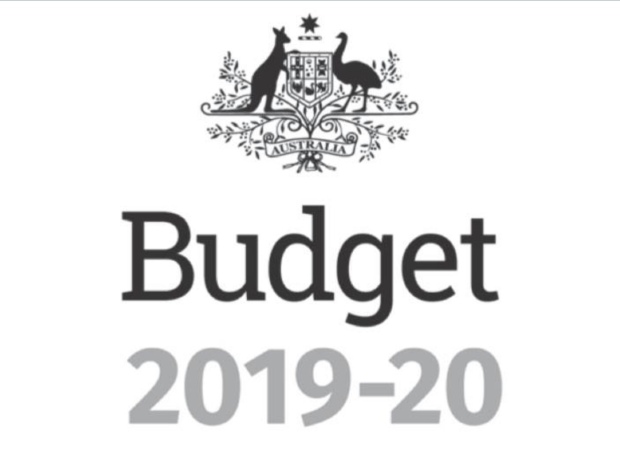 Lots of promises. Lots of grand assumptions. To be honest, best just ignore the minutiae. It’s a complete waste of time. The biggest question is, if the global economy, by Treasurer Josh Frydenberg’s own admission, is slowing down (just look at government bond yields flattening/gone negative) how on earth is Australia going to grow receipts from $485.2bn in 2018/19 to $566.9b in 2021/22? A 17% growth in tax revenue. Expenses will rise from $487bn to $559.9bn respectively. Give aways +15%. Best hope the world economy doesn’t tank. Expenses are locked in. Tax revenues aren’t.

Worse, these projections have all been massaged higher than the 2018-19 budget. What has changed to our overall net position in the last 12 months to gain such confidence? Climate alarmists would blush at the extent of the upward massaging of numbers. Did Treasury sit down after consuming 3 bottles of Absinthe to come up with these revisions? Think about it. How can we get an extra $5.9bn in tax receipts in 2021-22 when conditions are sure to be worsening?

This is NOT an old school Coalition budget by any measure. This is a crossing fingers, closing the eyes and hoping we muddle through budget. If the proverbial hits the fan, a monster deficit is assured. Take it to the bank.

We are technically at full employment. Unless we embark on mass migration (which we’re looking to cut) how will flat wage enduring Aussies and corporates contribute to a 17% rise in the Canberra coffers? Wishful thinking. The government targets around 23.9% of GDP for tax receipts and pats itself on the back for “the government’s average real spending growth is expected to be the lowest of any Commonwealth government in over 50 years.” Although that claim is dispelled by their own tables contained here.

Cutting taxes can create more tax revenue. Poland sliced its corporate taxes in half in 2004 and doubled revenue. However that was more a grey money grab than pure unadulterated tax policy spurring public revenue growth.

Giving away more money to the middle class through tax cuts and hand outs in the hope they spend more seems wishful thinking. The problem is if global growth hits a wall, we don’t have a Howard/Costello surplus to buffer the storm. No $38bn backstop in the war chest.

China, the US and EU are struggling. Things are so bad in the US that the Federal Reserve had to chicken out of any more rate rises because it would tank the economy. Our growth will stall if the world slows. Forget 28 straight years of continuous growth in Australia. The knock on effects will see unemployment surge, consumption fall off a cliff, housing prices crash and tax revenues slump. Forget a $7.1bn surplus. Think $20bn deficit because the promises are too grand and the tax receipts blindingly optimistic.

Of note in the 2019-20 budget is the expansion of the ATO’s tax grab from evil multinationals and HNW individuals who’ve avoided paying their fair share. That will result in a $3.612bn extr over the next 4 years. That against the $5.74bn tax cut for middle class Aussies over the same period. Spending up everywhere. Just not sure why the Treasury hasn’t pointed to where the extra revenue is coming from.

Take the assumptions of 2.75% GDP growth flat to 2020/21. Unrealistic. Treasury assumes the same labour force participation rate with unemployment remaining to 5% and wage growth of 3.25% in 2020/21, up from 2.1%. All looks so simple. Yet inflation is expected to grow to 2.5% meaning real wages will be flat.

Aussies, saddled under 180% debt to GDP, shouldn’t take any sense of comfort from this budget. What Frydenberg presented tonight was nothing more than a hope that the most rosy scenarios play out when thunder clouds are so obviously rolling in. It’s utterly irresponsible. Yet that’s today’s political class – spineless. They’re unprepared to tell Aussies that they have to be prepared to live with much less. Instead of asking us to tighten our belts, a whole load of freebies that can’t be paid for end in our laps so they can hold on to power for a bit longer.