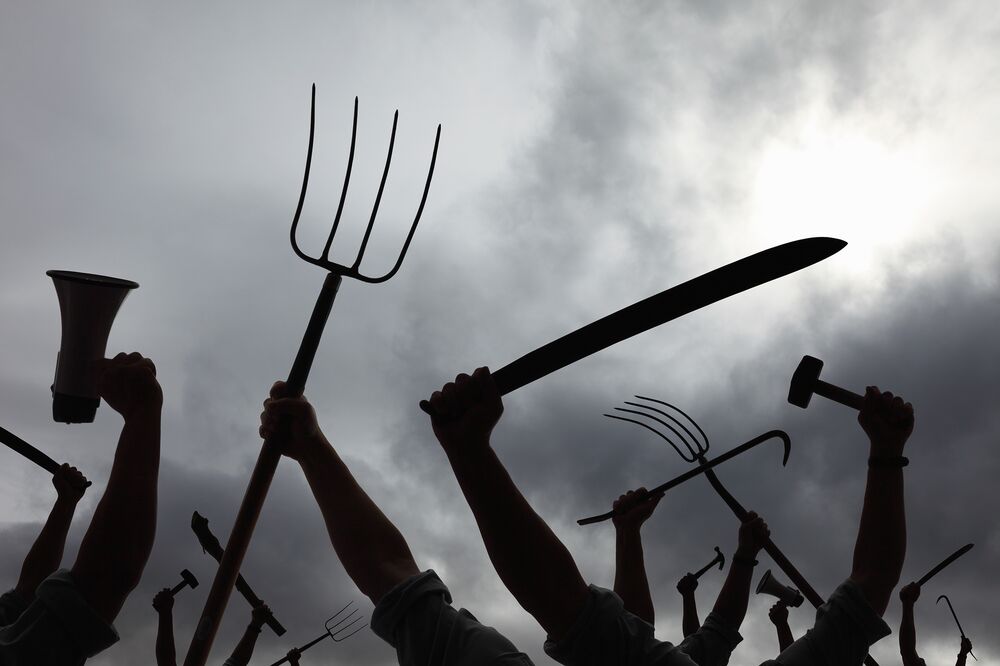 Unless Joe Biden runs with Michelle Obama as his VP, we still think Trump gets reelected in an electoral college and popular landslide. Yes, we can hear many laughing out loud. We are used to it as we were when we said he would win back in 2015. For all of the same reasons, only amplified. People are tired of the status quo.

Up until the time of the State of the Union speech in February this year, it felt like his second coronation was a formality. Nancy Pelosi knew it when she tore up his speech. Has coronavirus really changed all that?

The prevailing sentiment perpetuated by the mainstream media is that Trump’s catastrophic bungling of coronavirus will kill off any chance he has of winning 2020. To think that Joe Biden is the mouth-watering alternative despite having served under a president whose policies were repudiated in 2016 by the electoral college.

FNF Media thinks that Americans are pragmatic people when push comes to shove and that American exceptionalism is a good thing. They want the dream. They don’t live to be stuck in poverty assessed welfare. Sure, we non-citizens can scoff at their right to bear arms or hosting World Series which exclude other nations but ultimately we don’t get a say. That is a matter for them. If they don’t like it, it is up to them to change their government to fix things. Trump would never have been elected were it not for decades of failed administrations who didn’t deliver that gave birth to him.

Despite all of Trump’s often ridiculous bluster during the coronavirus outbreak, none of it was out of character for the last 3.5 years. The mainstream media has beamed more deranged coverage than ever. People have become numb to the constant drone that they hate him, especially when he trolls them with their own hypocrisy. Let’s be clear, were the likes of CNN truly resonating with the masses, the ratings would reflect people attuned with the rhetoric. This is simply not happening. In fact, the opposite.

Sadly during this crisis, Americans have seen the utterly shameless exploitation of their livelihoods by the ugliest partisan politics seen during any crisis of this scale. They see straight through the pork barrelling. Do liberal-leaning citizens honestly believe that gender diversity on boards and airline emissions regulations are ‘must have’ pieces of legislation in order to pass a $2.2 trillion rescue package designed to protect them? Do they believe a $250 billion supplemented boost to small businesses to support the income of workers should be held back until more identity politics driven data collection is fast-tracked? When people see Nancy Pelosi parading her $24,000 refrigerators filled with $13 a pint ice cream punnets on late-night TV they aren’t amused.

Is it any wonder so many more Americans are taking to the streets to protests the lockdowns imposed by the states’ governors? As we pointed out in the COVID19 data, those infected and those who tragically met their fate from this deadly virus are relatively minuscule. More and more Americans are seeing this. Very few of us know anyone who has caught it outside of a few celebrities and the UK PM. This is why social distancing is fraying nerves in American households. They can’t easily quantify what is going on using their own experiences.

If anything, these protests point out that Americans are still happy to play the risk/reward ratio if their economic security can be maintained. America hasn’t fluked being 25% of the global economy on 5% of the world’s population for nothing. They would chance contracting coronavirus if that meant being able to feed their families.

Which brings us to China. Trump’s political and media enemies may have cuddled up to China since he took office, but the shambolic WHO response to this crisis and the misinformation emanating from the communist propaganda apparatus will rile 22 million who are on the unemployment queue. More and more Americans can see through an Ethiopian Marxist WHO chief appointed by a Portuguese socialist both serving the communist dictatorship with a president for life.

This activity is red meat to Trump’s base and he knows it. He doesn’t need to say anything. It is becoming self-evident.

Suspending funding for WHO was the right thing to do. WHO is a failing bureaucracy in desperate need of reform. What is the point of funding a body that is supposed to have independence enshrined in its charter when in reality it runs strict political agendas geared to the whims of its ideological brothers in Beijing?

How many leaders of other countries are throwing up two fingers at China in the face of all the revelations about when they knew and how they covered it up? Macron? Merkel? Trudeau? Crickets.

Trump is almost alone in publicly smashing China’s complicity in all of this. Governments around the world may be staying mute over China’s deceit but we can be assured this is not lost on the peons. They have had enough of staying at home. They are sick of facing oppressive sanctions imposed by those they voted in.

The media can sell this as xenophobia or any other form of identity politics but the fact is Trump’s 2016 campaign warned of China. He spoke of bringing jobs back. He spoke of being screwed over on trade with China. He was right.

We all know many Americans are hurting. They want prosperity returned. While the media conflates his term as merely sorting out his billionaire 1%ers, the reality is he has helped the Bottom 50% by a much larger margin. They will know this lived experience, which in politics will ultimately be the most important factor. Trump’s bluster won’t matter. His record up until coronavirus kicked off will.

This might explain why the “forgotten” wanted large scale change and will continue to support those who can facilitate it.

All coronavirus has done is exposed the despicable bile of partisan politics. Witnessing a concerted effort to remove Trump in the midst of an untold financial tsunami will not sit well with people. This isn’t about partisanship. They will want someone that can deliver. If it comes with all of Trump’s vulgarity then so be it. After all, a man that can win an election with ‘p*ssy grabbing’ on the ticket can produce miracles.

So there is Trump’s election strategy in a nutshell – “China, China, China!”

Good luck with Joe Biden telling Americans that President Xi has America’s best interests at heart! How can he say this when his former boss was not greeted with red carpet, a mobile stairway or a welcoming committee of important dignitaries on his final state visit to China?

Forget the polls. Forget the media spin. Coronavirus has hit the raw nerve of patriotism and the one person who is accused of constantly lying will be the only one speaking the truth. Americans are at a crisis point. Best not question their loyalty to Old Glory.

We may hate the idea of a new cold war but that is up to Americans to decide. We are at their mercy. Ultimately it is best to have a strong America given China’s soft power expansion.

Thanks to the SOTU, this chart from the St Louis Fed (FRED) gives us a great read across on how the Bottom 50%’s fortunes have fared over time.

Democrats should be outraged that the ultra-wealthy have done much better under Obama with a 100% gain in net worth under his term vs the paltry 15.3% so far under Trump. Is this the real reason why Nancy Pelosi is so upset?

If you want to see how much members of Congress are worth please check out Roll Call. While some politicians come from inherited wealth, many on the public purse have managed to do pretty well on a paltry government salary.