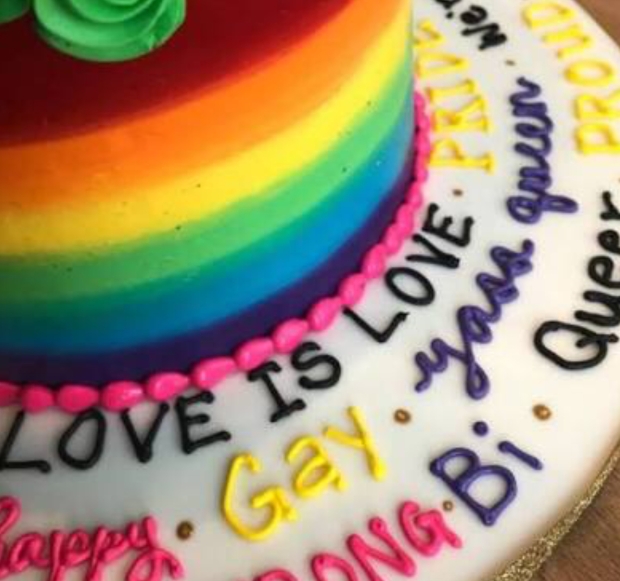 The transcript of the Supreme Court on the Masterpiece Cakeshop vs Colorado Civil Rights Commission (CCRC) hearing can be found here. It is 113 pages long (but double spaced). What is fascinating is the way the case is argued from both sides and the words of several judges who should just enforce the tenets of the constitution not leverage personal prejudices. CM doesn’t profess to be a lawyer but the biased language is pretty obvious, including one set of attorneys debating Colorado laws of  2018 rather than those of 2012 when the dispute first came to light.

The court session covered ground from anniversary cakes at a Michelin 2-star restaurant, mixed race or mixed religion marriages, an African American designer making a cross for the Ku Klux Klan and even the fairness of rejecting an order to bake a cake to celebrate Kristallnacht. The case also looked into the problems that might be created for a baker on a remote US military base who may not want to bake a cake for a same sex marriage because of his/her religious beliefs.

Mainstream media coverage has been pretty obvious but the transcript puts many things to light including the fact that all sides acknowledge the baker was prepared to sell a rainbow cake and almost anything else in the shop to the couple, just not the “compelled” words they wanted on it, which triggered the baker’s religious beliefs and led the Supreme Court to suggest that the baker’s 1st Amendment rights must be sustained.

Religious beliefs are a murky backwater where justification on a plethora of topics can be concocted. CM first learnt of “proper” religious fervor on a trip to Israel a decade ago. Seeing people wail as the were baptized in the River Jordan, watching them cry inconsolably as they placed pictures of family members atop the marble slab that Jesus’ body was laid on after his crucifixion, the scene of Jews of all ethnicities praying at the Western Wall or Muslims feverishly protecting entry to the Temple Mount. This is not the average punter going to a Sunday Mass or praying five times a days to Mecca. It is on another level. Some people walked bearing a cross along the exact route that Jesus did. Religion to some takes a different life form, some of it for the worse.

To think that a $500 wedding cake has cost both sides $100,000s in legal fees goes to show how serious both sides were prepared to defend their legal rights. No matter how silly some may view the outcome, the question remains whether the 14th Amendment be changed to more specifically define LGBT protections. Associate Justice Sotomayor made this point in her closing remarks, “That’s what the public anti-discrimination laws require.”