You have to hand it to the Democrats. VP Joe Biden’s running mate, Kamala Harris, said that she was “proud of Jacob Blake“ when she visited him in hospital. At the very least we have to say her messaging is consistent. After all, she backed the Minnesota Freedom Fund which bailed out criminals, some charged with murder and rape. Jacob Blake’s father is an anti-Semite. It is amazing what makes an “incredible family” in America these days.

Maybe that is why she could show pride in Jacob Blake, who resisted arrest, fought with police officers (including headlocking one of them), ignored their instructions repeatedly while returning to his car for a weapon. He also was arrested in the past for brandishing a firearm in a bar while drunk, carrying a concealed firearm inside a public building, battery, assault, domestic violence and had an outstanding warrant for sexual assault and trespass.

The Democrats now claim they are for “law and order” which in reality is about as honest as Joe Biden is for “fracking.”

Kamala Harris’ hypocrisy in her own words can also be found here.

Rules for thee, not for me. Video here.

As the presidential campaign gathers mud, the double standards argument is a cracker.

More of Nancy Pelosi’s hypocrisy can be found here. 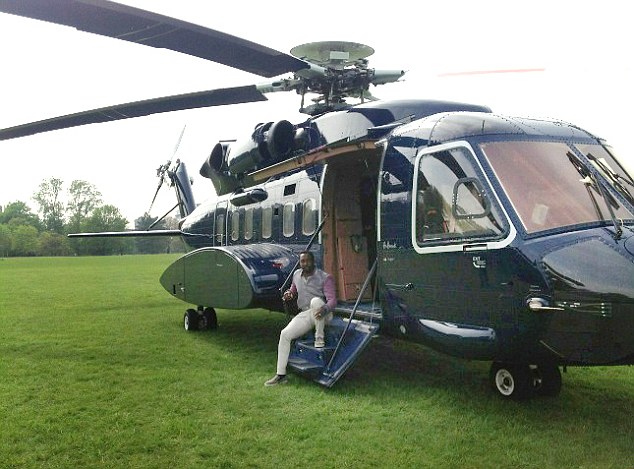 CM rarely has a kind word for Qantas when it comes to service, but good on the airline for being prepared to defend a stewardess who Will.I.am decided to accuse of “racism” on Twitter. Of course, the full facts about what went on board to cause the fracas is yet to be released but sadly passengers need to realise when they are on the plane, the crew do have the law on their side. Apparently, the musician didn’t want to put his laptop in the overhead bin. Good luck winning that fight when instructed by the crew. It is a condition of flying.

One could almost be forgiven for thinking it was a pre-concert promotional stunt to stir up the media into a frenzy to sell more tickets. Thankfully Qantas flight attendants don’t wear MAGA hats, serve Subway sandwiches or carry bleach. Yet they do carry restraining kits. If Will.I.am truly did his homework he would have realised that Qantas is more woke than he is.

As successful as Will.I.am has been in his career, the triggered musician has had a history of not always living in the real world. Sadly when celebrities make millions they become so conditioned to having wind blown up their backside that when someone pushes back over the most trivial of things their outrage is amplified as if their life was at stake. Sometimes they don’t even get their own hypocrisy. Take this example.

Will.I.am attended a climate change debate in Oxford in his own helicopter – which is not dissimilar in size to Marine One – and said at the conference, “Climate change should be the thing that we are all worried and concerned about as humans on this planet, how we affect the planet, our consumption, and how we treat the place that we live in.”

Sadiq Khan and feminism. What a laugh. His latest “Elle” sponsored video speaks volumes about his double standards. Since when did  we turn to Elle and Vogue for in-depth political analysis?  The mainstream media has left a void but to think fashion mags have filled the void! Does Khan honestly think that any American voter gives a damn what he thinks about domestic policy? One could be mistaken for thinking he has been watching Gillette commercials on a loop. What a surprise his video has received a 3:1 dislike rating on YouTube.

Did he not see the irony of fawning over a Pakistani political delegation to London at the time Pakistani Christian Asia Bibi was facing execution for blasphemy? Did he fight for the rights of women or Christians or diversity? Did he challenge the visitors? Not a peep.

Why was he silent when prominent Iranian human rights lawyer and women’s rights defender Nasrin Sotoudeh was given 33 years in prison and 148 lashes? She was only fighting for the rights for these women not to wear the hijab. Sadiq uttered not one word.

Where was his defence of comedian, John Cleese, for saying he doesn’t like cultures that believe in female genital mutilation? Yep, you guessed it.Nowhere.

Yet he feels vindicated to make a video about Trump’s views (shared by many Americans) on abortion, which is much more about late term than anything else. Don’t be surprised if pro-life people are disgusted that NY Mayor de Blasio happily lit up monuments and buildings to celebrate terminations right up to point of delivery.

Maybe Mayor Khan is upset with states like Georgia which want heartbeat bills when it comes to abortion. People could still go to another state that practices late term abortion to have the procedure? Did he think of that?

What about the rights of females in the womb who in certain countries get terminated, not because of medical emergencies but the cultural preference to have males? Are you for that?

Let’s look at the stats on abortion because CM guarantees Khan hasn’t a clue even though he professes wokeness.

Let’s look at the stats.

c.700,000 fetuses are terminated in America each year. Down from 1.4 million in 1990. Hardly stats to cheer about. Of course the arguments for a woman’s right to choose will always be thrown at pro-lifers. Yet allowing termination until birth?

Eurostat statistics on abortion reveal that Germany, France, UK, Spain and Italy alone terminate a combined 760,000 fetuses per annum. Across the EU-28 there are 1.25mn terminations. Without getting into a debate on abortion rights, the pure statistical number points to 20.4% of fetuses never make it out of the womb alive.

According to the Guttmacher Institute some 56 million abortions occur annually. Every. Single. Year. Think that WWII saw 50 million deaths in 6 years of conflict with wide spread use of lethal weapons. So abortions kill at a far higher rate than global conflict.

Then he follows with a closing comment that “men and boys should be feminists” and discusses the disproven “gender pay gap” myth suggesting if you believe in gender equality then one is a “feminist“. CM believes in equal opportunity but don’t consider it feminist to believe in fairness. Kristina Keneally doesn’t believe in fairness! She’s happy for men to take a hit to progress her career despite her well known shortcomings.

Sorry Mayor, the data doesn’t support your theories and Trump has never once had a policy platform that discusses the gender pay gap because America focuses on equal opportunity, not equal outcomes. Maybe you should watch Oprah, the highest paid TV host globally. Maybe then see whether Dr Phil has a right to complain why he is not getting equal pay for equal work?!?

Social Justice actor Benedict Cumberbatch typifies the stupidity within Holywood. Box office takings have been driven by key actors/ actresses for decades. Top drawer female leads like Meryl Streep have seldom taken a back seat to her male costars when it comes to pay. This equal pay for equal work malarkey is insanely obtuse. Assuming an extra works 1/10th the time that the lead does, by rights they deserve 1/10th. If the lead makes $10mn then surely the extra is entitled to $1mn on the equal pay for equal work metric.

This type of posturing is so typical of the new age. Will Streep accept a pay cut to equal out her male peers in movies? Unlikely. Hollywood reeks of hypocrisy on most levels. To take Cumberbatch at his word suggests 1000 caveats  that will only filter to those he would deem worthy. He’d never expect the extra to be paid anything near what he earns even on an hourly basis. Only those that might inflate his social justifiablity.

Perhaps male supermodels should howl in protest that their female equivalents smash them for pay. Or is that female supermodels are plainly more desired than men by the end user – cosmetics, luxury goods and apparel.