A.F. Branco’s cartoon this morning hit the nail on the head re the Iowa Caucus, or should that be Circus?

So divided are the Democrats internally that the thought of Bernie Sanders winning has caused them to blame a glitch in the voting to fiddle the numbers so he doesn’t win (again).

The party told NBC News that it was “doing our quality control checks, making sure the numbers are accurate. People are still caucusing, we’re working to report results soon.”

So much for respecting democratic processes.

What a farce. All to get more centrist Joe Biden on the ballot. Are memories so short to remember what happened when the DNC shafted Bernie for Hillary in 2015?

How on earth do they intend to beat Trump when they can’t even run their own internal processes? Don’t they see Americans are in full view of this incompetence?

Hillary Clinton came out last week telling us all how little people in Congress liked Bernie Sanders. What about the voters?

…For many Democrats, Bernie Sanders is the candidate who can beat Joe Biden for the party’s 2020 presidential nomination. But voters are less in sync with Sanders’ avowedly socialist views than those of his potential campaign rival, President Trump.

Republicans have never particularly cared for Clinton, so perhaps it’s no surprise that Bernie edges Hillary 25% to 13% among GOP voters. But among unaffiliated voters, 40% like Sanders more than Clinton; just 13% prefer Clinton.

Only among seniors does Clinton have a slight edge, but 46% of these voters don’t like either one of them.”

Perhaps she should make a comeback? After all the polls were wrong in 2016.

Quite a good summary of the best moments for the Democratic debate last night done by conservative Ben Shapiro. FNF Media awaits howls from the leftists who will justify the complete garbage these politicians spewed.

Grab some popcorn. Elizabeth “Fauxcahontas” Warren gets completely poleaxed by Pete Buttigieg who attacked her hypocrisy over her criticism of him schmoozing with billionaires (from the 31st minute).

Joe Biden happily said “yes” to the losses of 100,000s of blue-collar jobs for climate change.

Andrew Yang lamented he was the only candidate of colour on the stage and that he wished that Cory Booker would be back to boost the ranks! Identity politics! Yawn.

Amy Klobuchar looked the best on the night as she clocked Buttigieg over his record in winning elections. Buttigieg won in South Bend, Indiana with a total of 8,000 votes which he championed as a success because he was a gay man in the evil Mike Pence’s home state. Klobuchar slapped him over the fact he lost the bid to be state treasurer in Indiana in 2010 by 25 points.

Alas, the winner of the debate, yet again, was Donald Trump.

Note since the impeachment announcement (which embarrassingly is not official according to Harvard law professor Noah Feldman, one of the Democrat’s star witnesses from the hearings), Trump has seen a surge in political donations. You can’t make this stuff up.

If you don’t have enough time to watch the full video above, spend 30 seconds watching Nancy Pelosi sound like a town drunk explaining her decision. It is an incoherent rabble.

Deeply left-leaning Robert Reich has written an opinion piece in The Guardian on why Trump should fear Warren Sanders. Cute.

The ultimate irony here is that America has grown up on decades of Trump’s chest beating bluster. Before he was president he was idolized in TV shows and movies. Yes, even Democrats loved him, or at the very least his wallet. What you see is what you get. That is Trump’s charm, as repulsive as many might find it. He doesn’t pretend to be anything other than the brash character that he is. To that end he is authentic.

On the other hand you have bullshit artists like Elizabeth Warren who pretend they are who they are not. It isn’t lost on Americans that Warren has lied about her cultural appropriation. Her bowling alley admission and subsequent apology were as hollow as hijacking minority status to advance her career. She has no persona.

Bernie Sanders too. Bernie pushes hardline socialist ideals but he himself has three mansions. No one should begrudge his making the system work for him but once again it only makes him look a rank hypocrite to espouse that he is one of them.

While Bernie looked the goods in 2016, he has had a heart attack and his health will be an issue.

Reich puts it on the line with,

“This is where Warren and Sanders come in.

Their core proposals would make the system work for everyone and alter the power structure in America: Medicare for All based on a single-payer rather than private for-profit corporate insurance; a Green New Deal to create millions of good jobs fighting climate change; free public higher education; universal childcare.

All financed mainly by a tax on the super-rich.”

Reich could square away climate change in a jiffy by questioning why his alarmist mate Barack Obama bought a $15m mansion by the sea in Martha’s Vineyard? Millions of jobs via the Green New Deal? What for? Unemployment is 3%. Free education? I agree there on the basis of the quality of professors on display during the impeachment hearings. It is a crime to make students pay $70,000pa for such drivel.

Of course, it is so easy just to tax the super-rich. Never mind that the top 1% pay c.40% of the income tax take. Had it occurred to Reich that if they embark down the line of a socialist economy the super-rich won’t make the same returns meaning funding these schemes will collapse under the weight of their own lack of due diligence, something Elizabeth Warren was left looking ridiculously stupid in one of the recent debates.

Reich should learn the key tenet of socialism – the reason mice keep dying in mousetraps is that they don’t understand why the cheese is free.

Of course, the lefties reading this piece will say that Trump is the biggest bullshitter of them all. That may be true but he doesn’t try to hide it. That is the quantifiable difference.

Robert Reich should know that a soon to be octogenarian and a dotty aunt don’t make for the type of combo to convince America to change. Better the devil they know. 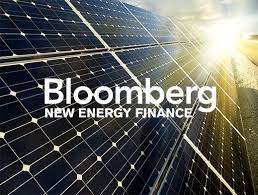 Unsurprisingly, CNN decided to host a town hall with Bernie Sanders and tell us the audience were “independent” people selected at random to ensure impartiality.

According to National Review the questioners were slightly more selected than made out.

— Abena McAllister was labeled “an active Democrat,” which is far less descriptive than the Charles County Democratic Central Committee’s description of her as their Chair.

— Yunjung Seo was simply called a “George Washington Student” by CNN, despite her LinkedIn page saying she also works for the Katz Watson Group, a fundraising and consulting outlet.

— Michelle Gregory was simply listed as a “Maryland voter” by CNN, but a cursory Google search reveals her to be much more active in politics than just voting.

What is the point of hosting an echo chamber summit? All normal audiences appreciate discourse where both sides are debated and the arguments carry the day. Good to see CNN true to form. That isn’t to say right leaning media sources don’t suffer from a similar bias.

What it proves is that trust in media continues to fold. No wonder ratings are heading backwards for so many outlets.

Thanks to reader JL for pointing this out.