Coming back to Australia often reminds me  that even when it is not a nanny state it is full of wowsers. This snippet is from Motor magazine. As one can see it highlights how some are compelled to whine over trivial things. Lexus, of all companies, is being bashed for encouraging speeding and the Advertising Standards Board has caved in (although I’m guessing it didn’t  take much to pressure them into the move) . Lexus was then bashed again even after removing the speedy bits.  I’m sure prospective Lexus buyers are waiting for footage of being stuck in a traffic jam

One would be pretty hard pressed to find a car company that doesn’t promote “performance” in its sportier range because by definition it’s kind of the point. Even Tesla for all of its supposed green credentials will brag incessantly about how it’s faster than any other road car to 100km/h, including exotica.

To say advertising “encourages speeding” just takes people for idiots. The moaners are surely aware that speed limit enforcement here is stricter than most. Speed cameras, highway patrols and red light cameras. Drivers here are constantly in fear of their lives. Autonomously driven cars will be a godsend as owners will not have to live in fear of being fined!

On top of that in order be able to buy a Lexus sports car like the LC500 probably requires $200,000. To afford such wheels presumably means that’s someone has half a brain. In traffic congested Tokyo Lamborghini and Ferrari are commonplace . The most impractical vehicle one can imagine but they still sell a tonne of them.

Perhaps we should look at the bright side that only the car company was only criticized for promoting speed rather than being hauled over the coals for not promoting the car in Saudi Arabia with a newly liberated female driver. We shouldn’t hold our breath. When Lexus advertise the LC500 again the next complaint will probably be that it focuses too  much on white males rather than diversity. 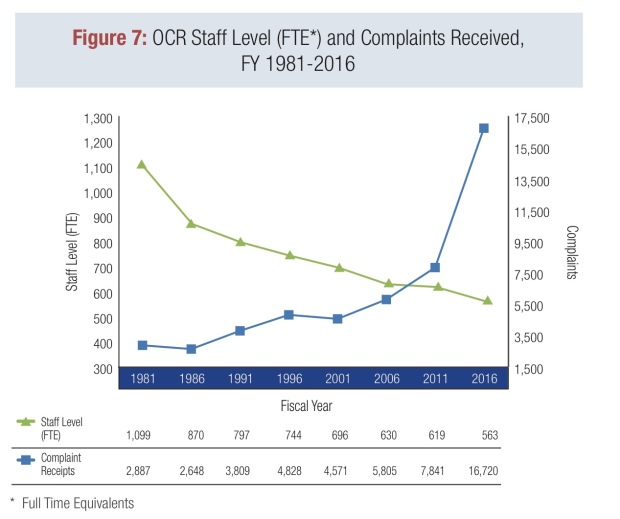 US Education Secretary Betsy DeVos has been in the firing line as the media interpret her words to defend both sides in discrimination cases as code for wanting to roll back Title IX. Title IX was introduced in 1972 prohibiting sex discrimination in all education programs or activities receiving federal financial assistance. The law itself does not mention sexual violence, but its interpretation by the courts puts the onus on schools to make sure they address it should such claims be filed. Let’s get this straight from the beginning, sexual violence in any form is inexcusable. According to the Office for Civil Rights (which is part of the Dept of Education) in the last decade, sexual violence claims in tertiary educational institutions have soared 2000%. Seems an extraordinary growth rate. In absolute numbers sexual violence on US campuses numbered 177 reported cases in 2016. In 2016 there were 20.4mn students in colleges in the US or 8.7 sexual assaults per 1,000,000 students or 0.00087%.

While not condoning any form of discrimination (whether sex, race, gender or any other form) does it not strike one as rather odd that the figures have jumped so high in such a short period? Most of these laws are over 40 years old. Has racism or sex discrimination all of a sudden jumped from the woodwork?

The 2016 OCR paper states clearly, “Finally, with this year’s annual report, we mark the end of eight productive years in the Obama Administration of securing equal educational opportunity for students. While numbers alone can never tell the full story, the 76,000 complaints we handled, the 66,000 cases we resolved, the more than 5,400 resolution agreements we reached, and the 34 policy guidance documents we issued between 2009 and 2016 speak volumes about ongoing student need and this agency’s service to our school communities.”

This statement almost reads as a failure. Surely the mark of a successful OCR would be to see a reduction in the number of claims. It almost reads as if the OCR wants a higher number of claims to justify its importance. Is it really rational to think that students became 113% more harrassed than 5 years prior? Considering that 80% of sex discrimination claims were made with respect to equal opportunities in athletics, most sports are split by gender – track & field, soccer, American football, boxing etc. Note these 6251 claims weren’t about sexual assault but sex discrimination. Was this possibly an issue of transgender students complaining that they weren’t allowed to play sport for teams that now reflect their gender identity?

If one reads the media one could be forgiven for thinking that most of the Title IX issues were sexual assault related.  They are not. As DeVos made clear, processes at colleges in dealing with sexual violence are often inadequate and there needs to a commitment to ensuring the evidence backs the claims. Do people really have a problem with being innocent before proven guilty?

Let us be clear. The defence of civil rights is just. However the global shift towards public grievance and identity politics is borne out by these statistics. Obama allocated an extra $131 million in 2016 to the OCR to help hire another 210 workers. They’ve hired 19 so far.  We live in a world where Google is censoring what it sees as ‘inappropriate’. We have UC Berkeley deciding to enforce a 50% limit to attendance to a lecture by Ben Shapiro. What we are looking at here should concern people. Safe spaces, trigger warnings and micro aggressions are all terms that have spawned in recent years. Is it any wonder that claims to offices like the OCR are skyrocketing. Why get ahead through hard work, diligence and  exceptional ethics when you can get to the front of the line by complaining you were hard done by. Too easy!