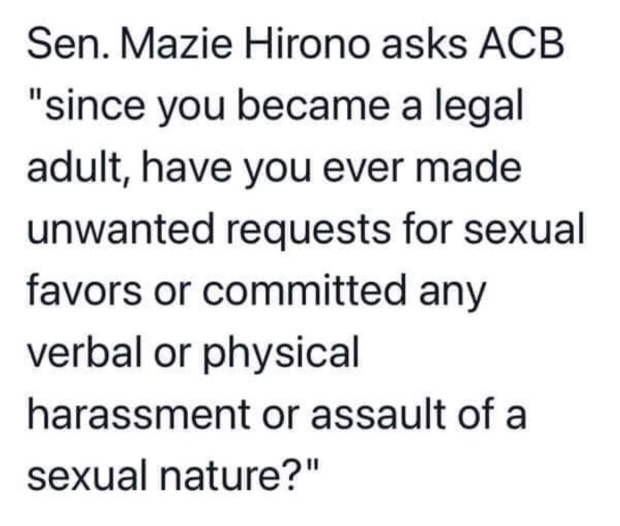 What next? “Have you been engaged in a child sex trafficking ring?”

These people have NO shame.

Such is the level of derangement consuming the mainstream media that Newsweek decided to smear one of Trump’s SCOTUS candidates, Amy Coney Barrett (ACB), before being forced to retract its statements.

Initially Newsweek smeared the judge with the accusation of belonging to a Catholic sect, ‘People of Praise‘ that “inspired” the dystopian novel “The Handmaid’s Tale.”

The magazine suggested that female members are forced to report to spiritual superiors known as “handmaids” with the assertion that “men have authority over their wives.”

“Correction: This article’s headline originally stated that People of Praise inspired ‘The Handmaid’s Tale’. The book’s author, Margaret Atwood, has never specifically mentioned the group as being the inspiration for her work…A New Yorker profile of the author from 2017 mentions a newspaper clipping as part of her research for the book of a different charismatic Catholic group, People of Hope. Newsweek regrets the error.”

Instead of focusing on her comfortable bipartisan confirmation by the Senate based on solely on merit and credentials, it had to smear a candidate being put forward by Trump.