Who knew? Instead of a love story involving magic carpets and a genie, Sky UK decided to depict the movie as:

“This film has outdated attitudes, language and cultural depictions which may cause offence today.”

Disney depicted it as:

‘Aladdin’ is the exciting tale of the charming street rat Aladdin, the courageous and self-determined Princess Jasmine and the Genie who may be the key to their future.”

We wonder in the future whether past choices made on streaming services will be used in evidence to convict enemies of the state. 20 years to life in a gulag for allowing one’s kids to romanticize in a fairytale that shows good defeating evil.

This is exactly why we at FNF Media pay less and less attention to anything published by the mainstream media. This is truly shocking.

We often point out how distorted the media is which is why we go to such lengths to ensure that we can back up audacious claims with data from the very sources the media misrepresents to feed narratives.

We’ve said it before and we’ll say it again, journalistic integrity will only return when the media love Americans more than they hate Trump.

Thanks KB for the flag.

Yesterday we watched the Netflix docu-series, ‘Tiger King‘ which runs through the five years in the lead up to zoo-keeper Joe Exotic’s 22-yr conviction for murder-for-hire.

In a word – mind-blowing.  The production is outstanding. You’d never believe that you could watch seven 45-minute episodes of this saga. Believe me, you can!

It is an eye-opener into the sordid pits of the human mind. To see how a group of misfits with literally no other choices in life become locked into an ecosystem which is so awful to them yet they manage to pledge a strong sense of loyalty to the Tiger King.

At the top of the tree, the politics of control come into play resulting from power shifts that spawn out of poor ego-centric driven management decisions. This created almost comical incidents of multiple-felons demanding ethical behaviour and strict governance.

Note that Joe Exotic ran in the 2016 presidential election. He managed 872 votes in Colorado placing him 11th out of 23 candidates. After missing out he ran for the Governor of Oklahoma. Unfortunately, he missed out on the Libertarian ticket with 669 votes or 18% of that primary.

As someone from my former university best put it,

“If you thought you had seen everything, get ready to understand that you are still wading in the kiddie pool.”

You can’t make this stuff up. Jacinda Ardern’s government will be introducing climate change into the 11-15yo curriculum in order to lock in the brainwashing early. A perfect reason not to ever have Jacinda as our PM. The Guardian noted,

“Every school in New Zealand will this year have access to materials about the climate crisis written by the country’s leading science agencies – including tools for students to plan their own activism, and to process their feelings of “eco-anxiety” over global heating.

The curriculum will put New Zealand at the forefront of climate change education worldwide; governments in neighbouring Australia and the United Kingdom have both faced criticism for lack of cohesive teaching on the climate crisis. The New Zealand scheme, which will be offered to all schools that teach 11 to 15 year-old students, will not be compulsory, the government said.”

One imagines those students that don’t attend such classes will be made to feel isolated. Don’t bother to teach the kids to think critically and evaluate both sides of the argument. Just push a narrative and force kids to regurgitate this nonsense as they tap into their personal devices while plugged into a wall.

Maybe Jacinda Ardern could cut the Wellness Budget in half were she to tell kids that they will be ok rather than scare them witless into the nearest mental health service. Talk about creating a market for services based on misinformation. It is a disgrace and utterly irresponsible.

Bit by bit, the freedom of independent thought is being taken from us in front of our very eyes. The sad thing will be when economic reality smacks these kids who fell for the Kool-Aid. Their lives will be palpably worse buy all of the doomsaying they were spoon fed will never have eventuated. For people who can see through this, where is the pushback to accept this nonsense? 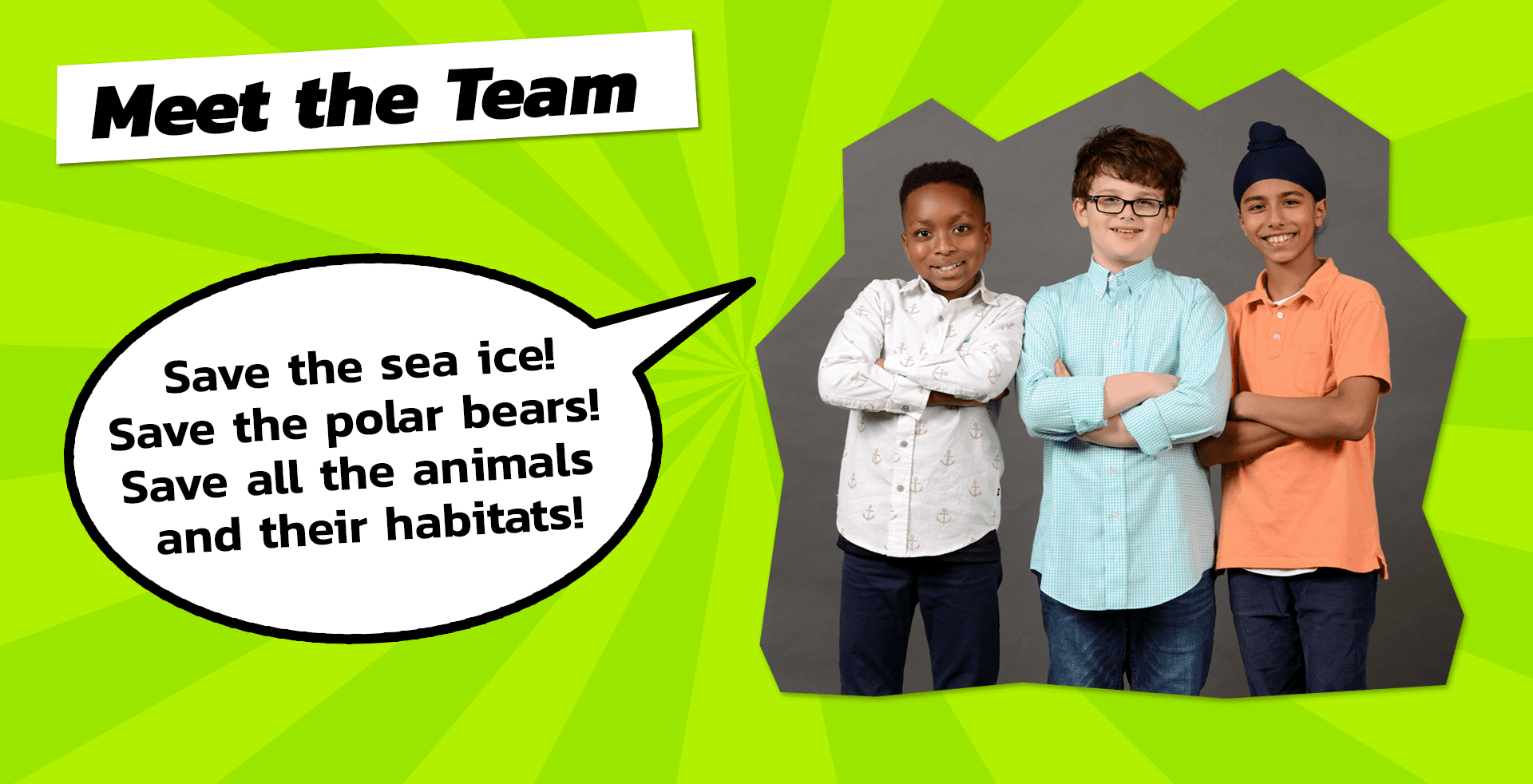 How wonderful that the American Museum of Natural History is brainwashing kids about the dangers of CO2 and saving the polar bears.

Maybe that is the thing. Museums should stick to history.

This is what happens when poor Greta Thunberg hasn’t got a script given to her by her captors. One would have thought with the Oscar winning performance of several days ago she would have the conviction to respond with a bit more fire and brimstone with respect to making demands of Trump.

It is so sad to see her exposed like this because in the end she is a vulnerable teenager who means well but is suffering immense harm being used as cannon fodder in the hyper-political snake pit.

Well, well, well. Some school kids in Queensland have been busted for arson. While the “blame everything on climate change” brigade keeps making links to global warming and bushfires, the truth is that global area consumed by bushfire in the last 18 years has fallen 24%.

The Australian Institute of Criminology (AIC) notes that 85% of fires are either accidentally, suspiciously or deliberately lit. The US Department of the Interior data shows 90%. So it is consistent with Aussie pyromania.

The AIC notes, “most arsonists are white male, mid-20s, patchy employment record, often above average intelligence, but poor academic achievement and poor social development skills…56% of convicted structural arsonists and 37% of bushfire arsonists in NSW had a prior conviction for a previous offence.“

The AIC might need to lower the age bracket to include brainwashed school kids spoon fed propaganda by activist teachers.

If the left really wanted to add to the list of climate change causality they could add white privilege to the growing excuses, sorry proof:

How demented are these parents to brainwash their kids so shamelessly? Kids as young as 3yo went with their parents to read off their demands to Norwich Councilors. One mother read on behalf of her child the things that will save the planet:

To steal the innocence away from kids and fill their heads with this climate extinction rubbish is utter madness.

Who doesn’t have a memory as a young kid about imaginary monsters under the bed? Naturally our parents assured us they didn’t exist. The parents in the video within the link are advocating sticking imaginary fiction inside their heads, denying their right to innocence.

Maybe the University or Mons can hand out some more honorary doctorates to these kids like all those participation trophies which seem the norm nowadays.

NSW Greens politician Cate Faehrmann wrote of her disappointment at the low numbers attending the school climate strike today. CM wonders whether apathy is the penultimate stage to extinction?

CM finds it hard to reconcile how Faehrmann has only just started to realize there is a need to “develop new strategies.”

Not a massive crowd at today’s Strike 4 Climate in Sydney and I’m sure our opponents will use that against us. However, it’s not surprising so close to a demoralising election result for us climate activists. It doesn’t mean we stop protesting. We have to keep going.

For now though, we take stock, recover and then get back to work on building support for urgent action to address the climate emergency upon us. That means absolutely continuing to campaign like we know how, because the hundreds of thousands of you who have been working for climate action have been bloody effective in raising the issue to the top of the national agenda. However, we also have to develop new strategies to reach new audiences to win. We need to build new alliances and develop a greater understanding of people’s motivations and values. We need to be prepared to work with everyone over the next few years because as long as we continue to frame this as a ‘fight’ on climate change against the conservatives, winning for the ‘right’ is stopping genuine action.

It’s going to be the toughest thing we’ve ever done but we have to broaden support beyond those who voted for climate action last weekend. Do you think it’s possible? How? I’d really love your thoughts on this.

Here’s a suggestion – try debating in open forums with facts not feelings. No hysteria. It will really help. Belittling skeptics by screaming through megaphones and brainwashing children aren’t activities that win over the majority of the public you wish to sway.

Here is an article written by a Year 12 student, Joanne Tran, who didn’t want to be a truant and strike for climate change. She makes valid points.

In the old days workers who didn’t join the picket lines were called ‘scabs’. Good on her for standing up against the herd. No doubt the activists will scream an adult helped write that piece. Even if that turned out to be so, doesn’t that perfectly describe the argument of why kids shouldn’t be used as political pawns to promote one’s agenda? Unless it’s one’s own.