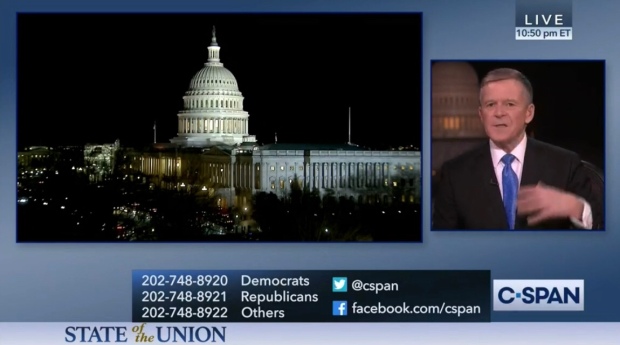 Ouch. C-Span had a talk back segment after the 2020 SOTU speech. It is safe to say the majority of callers put love of country way before partisanship.

This is what so many mainstream media pundits are overlooking. It was the same as 2016. Don’t tell voters how great things are if they’re not experiencing it first hand. Now things are much better, trashing success doesn’t match their situation.

Suffice to say, many self-declared Democrats openly terminated their own affiliation to the party on air after Pelosi’s behavior at the SOTU.

Entertaining to hear that many Democrat voters were angry enough to call their own party nonsense out and express disgust that their elected officials won’t applaud American success.

Maybe Pelosi might reflect that Democratic voters aren’t leaving the party. The party is leaving them.

The Trump vs Obama camps are lighting up over who was responsible for the drop unemployment rates. Looking at the long term decline one could argue that Obama was a key part of the decline and the incremental drops in the rate are Trumps. Here are the raw figures.

The number of people working two or more jobs surged to over 8mn (a record) under BHO as did food stamps (doubled to c.48m before coming down to 43m by his term end). SNAP stands at 40m now. 3mn fewer.

30 million people claim disability and welfare in the US. The Social Security Administration (SSA) highlighted that back pain and musculoskeletal problems are 33.8% of claims for disabled workers, followed by mental illness at 19.2% in 2013. This compares to 8.3% and 9.6% respectively in 1961. Half of claims in the 1960s came from heart attack/stroke and ‘other’ categories which made up only 17% of the 2013 figure.

Yet the truth is that if Americans wanted more of Obama’s successful policies, Hillary was Obama 2.0. No change in policies. Sensible to keep if they wanted the status quo. Ironic that 19 out of 25 states that voted for Trump had poverty levels exceeding the national average. Which means that had the “marry the state” policies of the Obama admin resonated with the poor it would have been a coronation for Hillary. This is a perfect example as to why a hollowed out middle America want to live the American dream rather than queue up for more welfare. God Bless America?

On a flight back to Tokyo this week a copy of The Economist was in the magazine rack. A subscription had long been cancelled for its plunge into yet another group think rag. A long time ago, the magazine was regarded as the go to for objective journalism from economics, geopolitics through to specials. Now it is little more than a cheerleader. A chance was given to see if things had changed. If anything it has gotten worse. This article on the peace deal only reinforces the pathetic bias and wish that Trump losing is preferable to any alternative including world peace.

For no sooner had Trump sent a letter calling the peace talks with North Korea off, The Economist was writing about humiliation. They’ve got to be kidding?

While even the blind can see any postponement is a setback, it is not without reason. Trump has made absolutely clear from the beginning – ‘peace or business as usual. Your move Kim.’

This started when Kim Jong-Un fired angry remarks when long scheduled war games were  commenced by the South. If one wanted to gift the upper hand to the North Koreans in the negotiations then stopping annual war games would be a great way to do it. It was tactical.

Glass jaw or not, firing salvos at Vice President Pence or standing up US envoys is not conduct becoming peace talks. Trump’s letter sounded somewhat childish with respect to comparing arsenals again but the point being made to Kim is clear – “we’re not playing. Put up or shut up!”

This is exactly what you’d want Trump to do. Not some Obama era red line which crossed carries no consequences. This is exactly why there is so much geopolitical instability thanks to 8 years of utter weakness in foreign policy. This isn’t about humiliation at all. This about a world leader who is using clear military and economic strengths at the negotiating table with a dictator who 6 months ago threatened to nuke Guam. We should not want Trump to appease at any cost which we’ve seen throughout history carry devastation.

The reason Kim was drawn to the negotiating table was because China realized the new sheriff wasn’t bluffing. Why was Beijing Kim’s first state visit before shaking hands on the 38th parallel with President Moon?? He was seeking assurances from the other dictator on staying in power lest booking a plot of land in exile in Sichuan province if things require him to step down.

Kim needs to realize that the ‘throwing toys out of the cot strategy’ of decades past no longer works. He was hoping to get an apology from Trump along with better concessions ahead of the negotiations. Trump essentially told him the ‘art of the deal’ in that the status quo remains if he doesn’t wake up to harsh realities. Sending home three American hostages was a token.

It will be China sending Kim back to the meeting table with Trump because it will ultimately be managing the protectorate after any peace is signed for its own geopolitical aims. China does NOT want US friendly forces on its border. Best keep the buffer by getting Kim to accept a lesser deal where he gets to keep his life. For a man in his early 30s he can either choose to go down fighting or see out his days with the embezzled billions and bevy of beauties in his concubine.

To take The Economist at its journalistic integrity, it will be secretly happy if North Korea doesn’t sue for peace because any victory for Trump is something it can’t swallow. For the magazine to have that level of disingenuous editorial speaks volumes about turning a once prestigious brand into a tabloid. Reading through the blurb of The Economist’s 2017 Annual Report and the trends tell the story. 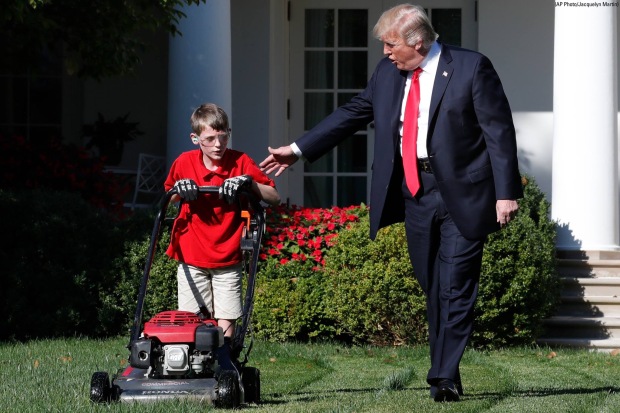 President Trump made a good speech to the UN with few surprises reiterating much of what he said in the State of the Union address. No doubt the mainstream media will find fault at his use of the word “Rocketman” and so forth but he was spot on to call on nations to lift their socks instead of  sponging off American taxpayers when it comes to global cooperation. His slap of the UN for becoming a bloated bureaucracy was right on the money. Indeed it needs to trim its own grass. To quote Contrarian Marketplace from 7 months ago,

“If you are in the UN of course you want it to continue. The pay scales are incredible, On top of generous income tax free pay you can get housing support, kid’s schooling assistance, health insurance and other cost of living allowances that would make most people loyal slaves to the cause. Salaries consume 74% of the  $5.15bn budget. The average salary of the 41,000 that work there is c.US$100,000. In Japan a D1-D2 level would be looking at $320,000 peer annum. No wonder they need members to keep chipping in more and more into the UN coffers to keep the circus going, Is it any wonder that pay for play is how you buy influence on councils.

The Heritage Foundation did an interesting study on the UN’s budget which shows how much it has exploded in the last 40 years. The UN’s budget has grown 10-fold in that time.

“The latest U.N. regular budget, while superficially smaller than the previous budget, made no fundamental programmatic or structural adjustments—e.g., reducing permanent staff, freezing or reducing salaries and other benefits, and permanently eliminating a significant number of mandates, programs, or other activities—that would lower the baseline for future U.N. budget negotiations. Despite the Secretary-General’s proposal to eliminate 44 permanent posts, the 2012–2013 budget actually increased the number of permanent posts by more than a score compared with the previous budget. The failure to arrest growth in U.N. employment, salaries, and benefits is especially problematic because personnel costs account for 74 percent of U.N. spending according to the U.N.’s Advisory Committee on Administrative and Budgetary Questions (ACABQ). Without a significant reduction in the number of permanent U.N. posts or a significant reduction in staff compensation and related costs, real and lasting reductions in the U.N. regular budget will remain out of reach.”

It is refreshing to see a world leader wake people up to unpleasant truths rather than sugarcoat everything in comforting lies. The UN does need to trim its out of control lawn. Whether the UN or NATO the US pays an overwhelming larger proportion of these budgets and has a right to point it out.

The most telling part of this speech was once again to point out to other countries to start doing their own heavy lifting. To begin looking after their own citizens and not feel guilty to protect their history and culture.

The world needs a wake up call and sadly Trump is one of the few politicians who speaks candidly. Not a Macron who promotes the idea that Americans should feel proud to be conditional citizens if they don’t like their leader, a Trudeau or Turnbull who willingly muzzles free speech to a May who treats her constituents as mugs.

Trump is far from a saint. He has many flaws however he is exposing everyday what Americans hate about the political class. The Democrats hate him (surprise, surprise) but the Republicans hardly have love for him either. DACA has provided a unique perspective on this. Failing to get GOP support he sought Nancy Pelosi of all who people who ended up being eviscerated by her own mob for working with the President towards a solution. People are growing sick and tired of gridlock which only cements his chances for a 2020 win. Americans want their country back. It’s not a difficult concept. He made it clear again in today’s speech.