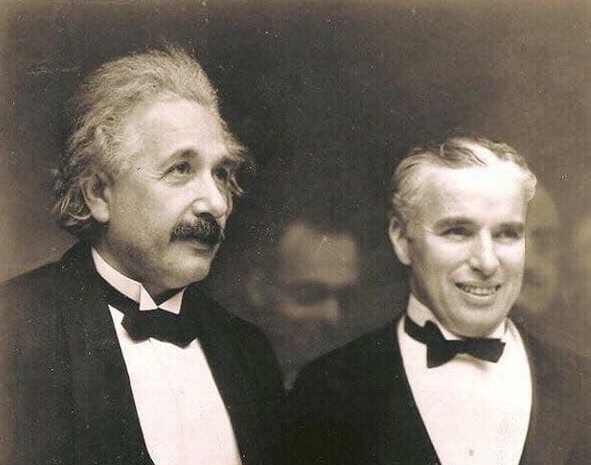 When Albert Einstein met Charlie Chaplin in 1931, Einstein said, “What I admire most about your art is its universality. You do not say a word, and yet the world understands you.”

“It’s true.” Replied Chaplin, “But your fame is even greater. The world admires you, when no one understands you.”

Shared by a former client:

When Albert Einstein met Charlie Chaplin in 1931, Einstein said, “What I admire most about your art is its universality. You do not say a word, and yet the world understands you.” “It’s true.” Replied Chaplin, “But your fame is even greater. The world admires you, when no one understands you.”

“No amount of experimentation can ever prove me right; a single experiment can prove me wrong.” – Einstein

Einstein meant that all the consensus in the world won’t mean he’s correct. It only takes one person to prove him wrong. It wasn’t surprising to see social media share Stephen Hawking’s prognosis on Trump leaving the Paris Climate Accord. More tellingly most overlooked the zany assumptions made in Hawking’s comments (250 degrees C temps and climate like Venus) and focused on who he was attacking. Seriously do you honestly believe that the earth’s temperatures will reach that if you relied on your own logic on this planet?As the coldest temperature in 110 years was recorded in rural NSW Australia overnight no one said boo. Had it been the hottest temperature in 110 years the media would be spewing global warming stories all week.

Last week we had former UN climate chief Christiana Figueres warn that the next three years will be crucial to stopping the worst effects of global warming. Let’s not forget that climate change is so critical to Figueres that she thinks gender inequality should be tackled at the same time and she openly discussed discrimination against males when it came to hiring in her department. Still talking of the climate alarmist letter she co-signed warning of catastrophe why don’t they analyze the “ground breaking” Paris Climate Accord they all laud when those responsible for 75% of the world’s CO2 emissions aren’t taking urgent action? China won’t peak out on CO2 until 2030, India has dozens of coal fired power on the drawing board over coming decades and Russia’s 4-page commitment is worthless. “Ah yes but they are signatories!” I heard many chant in response to the Paris Climate Accord. They might as well have signed a whiteboard in a non marking pen for what it is truly worth.

The Paris Climate Accord is essentially a system which makes as much sense as you quitting smoking on my behalf. How do I benefit exactly? Paying for air I can’t breathe. The Paris Climate Accord is nothing but a mechanism for wealth distribution controlled by a bloated UN which wishes to add more to its ridiculous budget and offices despite claims it is slimming down!

“The latest U.N. regular budget, while superficially smaller than the previous budget, made no fundamental programmatic or structural adjustments—e.g., reducing permanent staff, freezing or reducing salaries and other benefits, and permanently eliminating a significant number of mandates, programs, or other activities—that would lower the baseline for future U.N. budget negotiations.[10] Despite the Secretary-General’s proposal to eliminate 44 permanent posts, the 2012–2013 budget actually increased the number of permanent posts by more than a score compared with the previous budget. The failure to arrest growth in U.N. employment, salaries, and benefits is especially problematic because personnel costs account for 74 percent of U.N. spending according to the U.N.’s Advisory Committee on Administrative and Budgetary Questions (ACABQ).[11] Without a significant reduction in the number of permanent U.N. posts or a significant reduction in staff compensation and related costs, real and lasting reductions in the U.N. regular budget will remain out of reach.”

However what did Hawking say that makes his words credible? That is like saying Fed Chair Janet Yellen should be believed for saying we won’t see another financial crisis in our lifetimes. Let’s just accept it because many don’t know better. I haven’t seen the most rabid climate alarmists make a 250 degree claim. 98% of climate models to date have drastically over-predicted the extent of warming. The UNIPCC has been embroiled in so many scandals, climb downs and corrections that it can’t be relied on as a credible body. Many of the lead authors in the UN Climate bible have little experience in their fields and an investigation showed that  gender and minority status were given priority over ability in the investigative teams on each chapter. This is openly admitted by the UNIPCC as Donna La Framboise’s Delinquent Teenager’ highlighted, 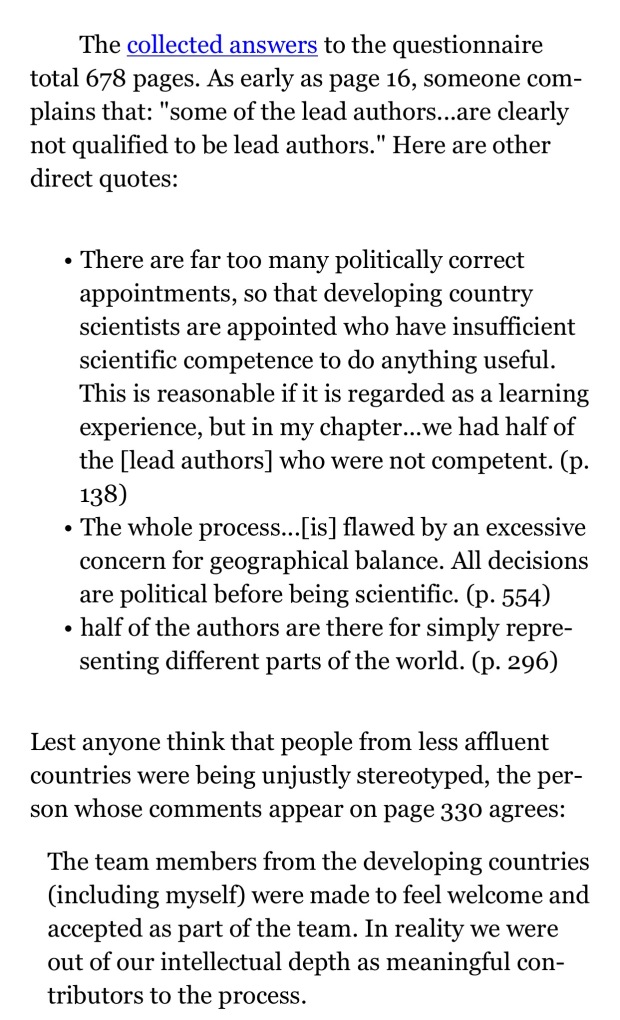 So if an internal survey that has been written up by the IPCC itself criticizing the process how can anyone put any validity in the argument?

Ahh but NOAA has told us that warming is getting worse. How could NASA lie? Oh the same NOAA that was subpoenaed after refusing to turn over emails related to an internal whistleblower who claimed the data had been homogenized (aka manipulated).

As argued many times before, human consumption patterns do not reflect the fear. SUV sales continue to grow as a % of sales, air travel is predicted to double by 2030 and sales of Tesla’s in HK or Norway fall off a cliff if generous tax incentives aren’t given to the wealthy to subsidize their virtue signaling.  This isn’t to doubt Hawking’s intelligence but Yellen, Greenspan, Bernanke, Kuroda and Draghi aren’t dummies either but it doesn’t preclude them from making mistakes and being wrong.

Oh, and for those that believe Hawking’s claims of rising sea levels the price of beachfront properties in a Sydney is preposterously high and even in Mauritius homes prices are still buoyant. Actions not words. Then we can always believe the immortal words of Australia’s former Climate Commissioner Tim Flannery who warned us that the waves would lap the 8th story of apartment blocks on the coast. He lives in a waterfront property himself. Actions not words. 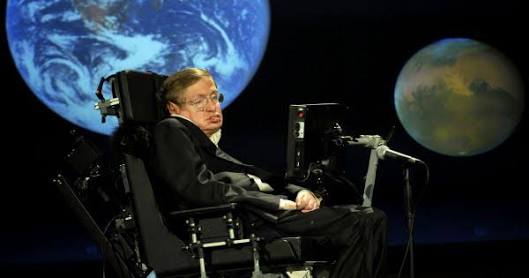