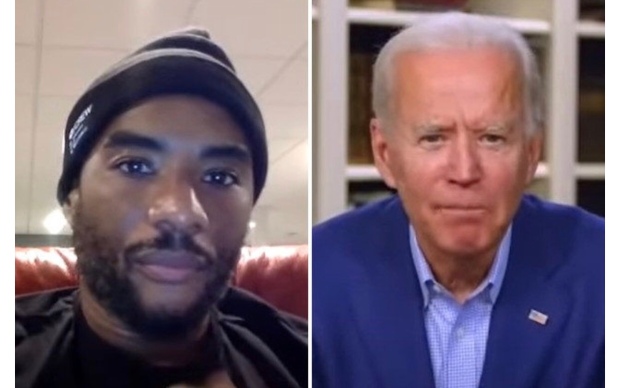 On Friday morning the former VP said, that if black Americans are unsure whether to support him over Trump in the November 2020 election, “then you ain’t black.”

Such is the scourge of identity politics within the ranks of the Democrats that Biden is not the only one to think that minorities aren’t entitled to individual thought. Democrat Congresswoman Ayanna Pressley (of The Squad) infamously said during the Trump “shith*le country” saga,

How quickly The Squad (AOC, Pressley, Tlaib and Omar) denounced America’s treatment of minorities when it was that very system that enabled them to attain public office at the highest level.

Essentially, they hold on to the tenet of telling constituents to shut up and conform to the stereotype of their minority status so it can be exploited. Funny how the supposedly racist Trump has done more for black Americans in economic and employment terms before the pandemic than any Democrat preceding him.

Biden later apologized on a call with the Black Chamber of Commerce, “I should not have been so cavalier. I’ve never, never, ever taken the African-American community for granted…I shouldn’t have been such a wise guy.”

83yo murals at George Washington High School in the San Francisco Unified School District are apparently traumatizing students of non white backgrounds. Activists have successfully voted for their removal.

“At its conclusion the group voted and the majority recommended that the ‘Life of Washington’ mural be archived and removed because the mural does not represent SFUSD values.”

Why not just stop teaching history all together? Or better still just a concocted version of it. Demonize these horrible white supremacists. Stage public floggings in place of detention for white kids in the schoolyard to atone for the sins of their forebears.

If only these teachers started to teach reality of how far society has come over the decades? Take the FBI hate crime stats which is close as we can get to true figures surrounding victimization.

The rest of the data can be found here.

It boggles the mind that these apparatchiks think that erasing history and reversing discrimination is the way forward to seek a better society.

How about the latest US history textbook which paints Trump as a liar and many of his followers are racists? Then the publisher wrote that an independent review justified such ridiculous additions as adding to debate and critical thinking. After you!

The media is no less complicit. Just as they wrote about racial bias in high schools. The data proves them emphatically wrong. Yet it paints a narrative so they push it that a cabal of racist teachers are deliberately targeting kids of colour.

Surely time to rename the George Washington High School to the Barack Obama High School instead?

This oppression obsession must end. We must stop bending over for activists who find problems where they don’t exist. This will end up in civil disruption if we aren’t careful.

Ohio passed the “Heartbeat Bill” last week to make it illegal to abort a fetus once a heartbeat is detected. State Rep Janine Boyd (D) proposed an amendment that African American women should be exempted from the legislation. It was defeated.

“Black slaves were once treated like cattle and put out to stud in order to create generations of more slaves…Our country is not far enough beyond our history to legislate as if it is.”

Note that 70% of Planned Parenthood abortion clinics are located in low income areas. While African Americans are 13% of the population, 37% of pregnancies are terminated. In NY, more black babies are aborted than born.

Who knew that abortion should be race based?