Forget all the partisan video edits of the presidential debate in the media.

This 8 minute conversation between Senator Ted Cruz and former FBI director James Comey testifying about the fake Russia probe is simply sinister. This is what corruption truly looks like. Where a supposedly independent government agency is deeply partisan in its actions.

Public servants deleting phone records and taking out indemnity insurance? And now this?

What a circus. A screaming match. Like two bald men arguing over a comb. Talking over each other and lots of name calling. We’ve seen more gracious belly flops in Olympic 10m diving.

None of the content was fresh other than Trump talking about his push to lower drug prices and Biden’s Roe v Wade attack on SCOTUS nominee Amy Coney Barrett. .

No doubt the media will pick the bones of the highlights and edit to fit whatever narrative they want to portray to say their man won. In reality, the content didn’t mean much. It was all noise.

If some were looking for dignity, they opened the wrong door. Trump was Trump. Typically boisterous and he cut in way too much meaning Joe Biden couldn’t get a word in edgeways.

Biden on the other hand was way better than the low expectations set. Sure he stuttered now and again as he rattled off his “here’s the deal” messages while staring down the camera but he came across far more statesmanlike. No question. But his script was tired and predictable.

Biden started strong on COVID but flailed on the economy, environment, taxes and riots/race. Trump nailed him on Biden’s lack of police endorsements.

Trump also muddled the response on condemning the KKK and white supremacists despite doing so explicitly in 2017. Saying “stand down, stand by” to the Proud Boys will no doubt be played on a loop. He should have been firm on it.

We could g o on critiquing more minutiae but what is the point? Much of the back end was mud slinging. Slagging off Hunter Biden and his cocaine habit or Trump’s $750 income tax return charge.

We doubt many shifted from their default positions heading into the debate.

In summary, most can’t wait to get November 3rd behind them.

The politics of envy? Alive and well it would seem. Our inbox has been jammed with statements complaining that those evil rich bastards, especially Trump, are ripping off the rest of Merrika. Oh and the tax law is racist too. That was a new one for us!

Apart from tax avoidance being a national pastime, we asked those making the claim demanding the rich to grow a conscience at what $ amount should those same tax laws not apply to others?

The most egregious claim made to us was that the tax system was racist. Black actor Wesley Snipes was convicted of three misdemeanor counts of failing to file tax returns to the value of $23.5 million. We also noted that Martha Stewart was done for tax evasion.

As we said the other day. If Trump is convicted of tax evasion then he deserves to be punished like anyone else.

Ultimately we wonder whether all those triggered liberals would avoid making any tax deductions if were they filthy rich?

These people have absolutely no shame.

The Prince and Princess of Woke continue to become ever more cringeworthy.

It is surreal to hear lectures from people like this imploring we build “communities of compassion.” Harry infamously wore a Nazi uniform to a fancy dress party and Meghan thinks a nuclear family destroying self-professed Marxist co-founder of BLM is someone to aspire to and worthy of a Netflix docuseries.

Harry blathered about clamping down on hate speech and misinformation. Don’t they read the mainstream media or see the party they are endorsing took 100 days to condemn rioting, looting and destruction of public property in their own back yard?

No wonder the Queen had the Palace slap her grandson.

We shouldn’t be too surprised at the content Tucker Carlson discussed tonight over The Left’s reaction to the death of RBG and the plans to prevent constitutional process to replace her.

We have written about activist judiciaries across America. Half way through Carlson’s monologue, the tragedy of Jake Gardner – from 8m 40s -should sicken every sane individual. We urge you to watch the reasons why.

Conservative Larry Elder gives his take on the damage BLM is doing to its own cause. He also takes a potshot at the folly of white liberals who take offence when they confront black conservatives who don’t perceive themselves as victims.

Speaker Pelosi: "We support peaceful demonstrations. We participate in them. They are part of the essence of our democracy. That does not include looting, starting fires, or rioting. They should be prosecuted. That is lawlessness." pic.twitter.com/Xq89RLR70f

Only 110 days late in condemning the obvious Speaker Pelosi. It wasn’t so long ago that she proclaimed “people will do what they do!” when referring to the violence and destruction.

We thought Joe Biden being 80 days late was bad enough.

If the Democrats didn’t have double standards they’d have no standards at all.

Minority or minority within a minority, who better than white liberals to express feelings about BLM than the very people who could fairly claim to be affected by their manifesto? 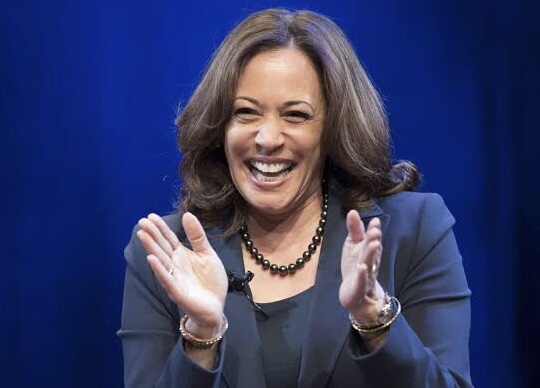 As the media were too preoccupied praising Kamala Harris for making ‘Timberland boots cool again” – after they lambasted Melania Trump for wearing them several years ago – journalists overlooked the fact that the Minnesota Freedom Fund she openly endorsed bailed out Timothy Wayne Columbus.

He faces up to 30 years in prison for allegedly sexually assaulting an eight-year-old girl in 2015. He was released from a Minneapolis jail in early July on $75,000 bail, according to jail records.

MFF Interim Executive Director Greg Lewin released a statement in response to Timms’ second offence saying his arrest while out on bail was a “failure of the criminal justice system.”

Deshaun Jermain Boyd was released from jail on $70,000 bail in July after being charged with 1st-degree aggravated robbery. He stomped on the head of a man with a cane and robbed him.

Do we need to go any further to show up a system where a potential president proudly paints criminals as victims?