Update: The gunman walked up on the deputies and opened fire without warning or provocation. pic.twitter.com/cBQjyKkoxJ

Two LA County Sheriff deputies are fighting for their lives after a gunman shot both of them in an unprovoked attack.

To make matters worse, BLM protestors blocked the entrance & exit of the HOSPITAL EMERGENCY ROOM yelling “We hope they die.”

These are the same people demanding their manifesto is the right path forward for America.

This sort of stupidity stems from:

Statistics obsessed sports stars who put feelings before facts and emblazon the names of criminals on their uniforms to paint them as heroes. Then the leagues who promote this woke activity wonder why audience numbers are plummeting.

Politicians like Kamala Harris who support groups which bail out criminals charged with rape, murder and assault.

BLM leaders who say that looting is just a form of reparation and that stores are insured anyway. An easy position to take when judiciaries led by district attorneys like Diana Becton require police to question whether looted items were necessary before pressing charges. Who doesn’t need a 75″ flat panel TV?

A media that dedicates days upon days reporting on “mostly peaceful protests” as cities burn while deliberately ignoring the murder of a 5yo kid shot in the head by a neighbor because it doesn’t fit a narrative.

Hollywood actors making woke videos to apologize for their white privilege and encouraging the defunding of police as they hide behind gates mansions guarded by armed rent-a-cops.

Day after day our newsfeeds are plastered with images of BLM protestors harassing law abiding citizens dining out. These mobs are descending on their neighborhoods in the middle of the night to yell profanities and threaten homeowners.

We have idiots attacking tea shop operators for not being black owned and attacking patrons for not supporting her madness.

A woman on a flight screamed “white privilege” at a cabin attendant just trying to do her job.

This is what the stench of identity politics delivers. No intelligent debate. Just glorification of people who commit rape, assault, battery, armed robbery, domestic violence, murder, deal drugs, resist arrest and hold guns to the bellies of pregnant women.

Perhaps this video of concerned citizens ‘physically’ restraining someone who attacked a cop is the perfect example of the true feelings of those who have had enough of false narratives perpetuated by the media which end up harming their communities way more in the long run.

As Tomas Sowell said, “Activism is a way for useless people to feel important, even if the consequences of their activism are counterproductive for those they claim to be helping and damaging to the fabric of society as a whole.”

As sick as it gets – BLM attack woman in wheelchair. #Cowardice

(this is just how im trying to get the media to cover this despicable cowardly attack)pic.twitter.com/Kad9phtSDU

For what exactly was this guy’s crime? Clearly, thugs think there are no repercussions for their violence. With the spate of activist DAs is it any wonder?

It seems many believe America will be more divided if Trump loses 2020. Furthermore the understanding is that America is less divided under Trump than Obama.

“Voters see a more divided America after four years of the Trump presidency but think the country is less divided than it was when Barack Obama stepped down. They’re also more convinced that a Trump defeat in November will make the division even worse.

A new Rasmussen Reports national telephone and online survey finds that 63% of Likely U.S. Voters think America is a more divided nation than it was four years ago. Only nine percent (9%) say the country is less divided, while 23% see the level of division as about the same.

Still this is an improvement over four years ago. Seventy-two percent (72%) described America as a more divided nation as the Obama presidency came to a close.“

As we’ve long held, Obama was the most divisive president in US history. Americans seemingly agree.

Is this the type of action that endears people to a cause? To be harassed at a cafe and have people flip the bird, hurl obscenities and demand innocent people not guilty of any crimes show solidarity!? Isn’t the whole point of solidarity to join voluntarily without coercion or duress.

As we keep saying – Keep it up. It is a free election advertising loop for Trump.

Video of CNN’s Don Lemon arguing that Kamala Harris is NOT an African American pic.twitter.com/665UPkOS90

You have to hand it to CNN to focus on the utterly irrelevant. The panelists debated how black Kamala Harris is. Wouldn’t it have been better to focus on her abilities rather than identity?!? Pity the other panelists who must have been afraid to say a peep. 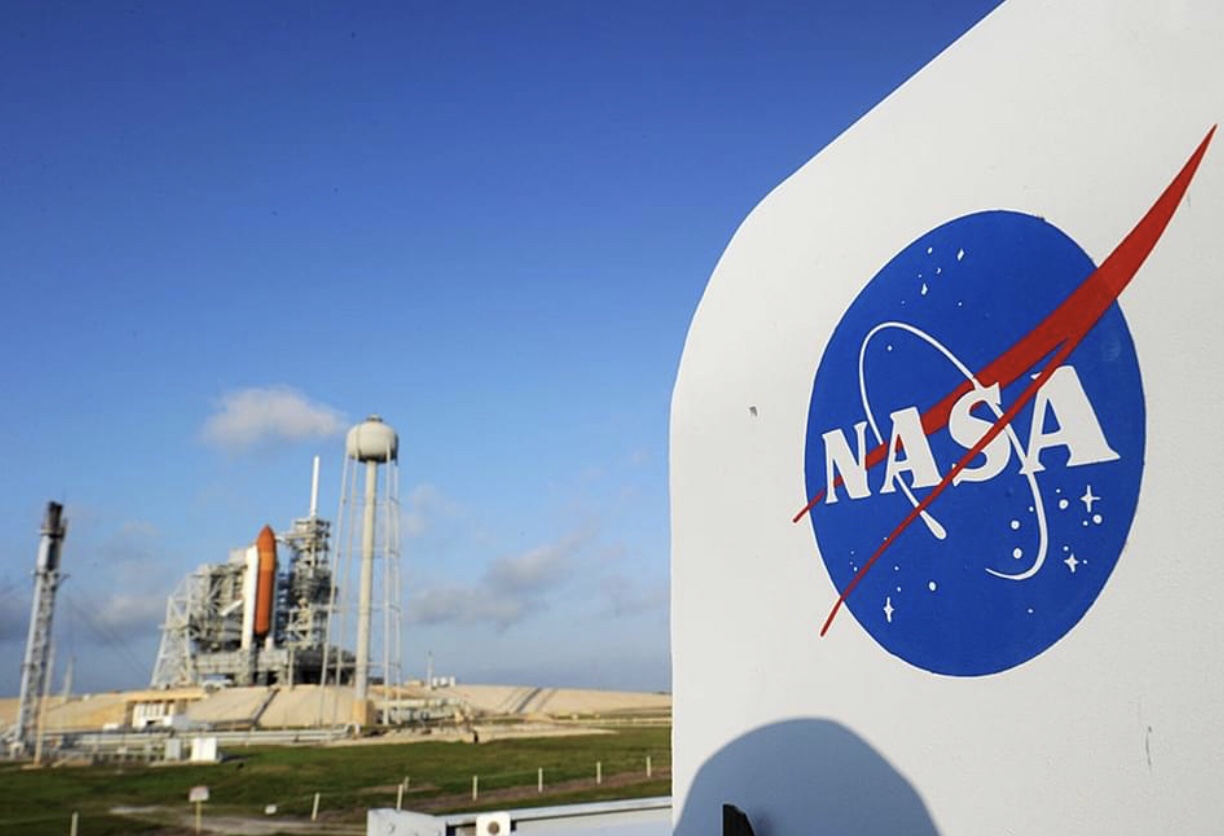 One could be forgiven for thinking that with all the rocket scientists that grace the halls of NASA, at least one bright spark might have questioned the measurable impact of removing words from the space agency’s lexicon. It wrote,

“As the scientific community works to identify and address systemic discrimination and inequality in all aspects of the field, it has become clear that certain cosmic nicknames are not only insensitive, but can be actively harmful. NASA is examining its use of unofficial terminology for cosmic objects as part of its commitment to diversity, equity, and inclusion...As an initial step, NASA will no longer refer to planetary nebula NGC 2392, the glowing remains of a Sun-like star that is blowing off its outer layers at the end of its life, as the “Eskimo Nebula.” “Eskimo” is widely viewed as a colonial term with a racist history, imposed on the indigenous people of Arctic regions…”

Can NASA point to one triggered Eskimo who has filed a formal complaint? We always thought black holes were called that because of their colour. Many stars happen to be white. Are stars supremacist?

“The Agency will be working with diversity, inclusion, and equity experts in the astronomical and physical sciences to provide guidance and recommendations for other nicknames and terms for review.”

We look forward to NASA sending racism into orbit for good through the power of language. We can be absolutely sure that these “experts” will be the last people on earth qualified to make any suggestions.

We request that any organization that puts forward this kind of woke nonsense be forced to quantify the net impact of their actions on the very minorities they seek to protect.

For a group that put man on the moon, surely they should be lobbying to replace the racist American flag with a Eskimo Nebulas Matter flag instead.

As murders and shootings skyrocket in NYC as NYPD officers quit in droves, Mayor Bill De Blasio thinks that the most pressing issue in NYC is a study of the official seal depicting a Native American and a white male settler and whether it is appropriate for the times.

Here we were thinking that Chicago Mayor Lori Lightfoot was out of touch with the Census Cowboy as crime rages in her city.

At what point in the WNBA decision making process did these woke social justice warriors ever factor in how walking off the court before the national anthem was played may have alienated their ultimate paymasters – the crowd?

Watching sports used to be all about being a distraction from the grind of life. To zone out for several hours watching professional sports stats entertain. No thoughts about work, horrible bosses or financial pain. Just fun.

Now the politics in sport have become a bigger feature than the game itself. Perhaps these teams should back themselves in their ability to read the tolerance levels of their fans and require they wear BLM adorned clothing as a condition of entry.

We will have absolutely zero sympathy if these sporting codes collapse or find themselves in severe financial distress as a consequence of capitulating to this insidious ideology and biting the hand that feeds them.

It seems that the St Louis County Attorney’s office ordered the crime lab to fiddle with the evidence before pressing charges against the McCloskeys.

The crime lab was ordered to disassemble the non operable pistol and reassemble it so CA Gardner’s office could classify it as “capable of lethal use.”

While Missouri AG Eric Schmitt is recommending the case be dismissed, one has to question just how sinister Democrat St Louis CA Kim Gardner is to recommend her office doctor facts to fit her own twisted political narrative and punish law abiding citizens that have never committed any crime.

As we reported yesterday, Gardner made no attempt to prosecute a man who confessed to killing a 7yo boy because of a supposed ‘lack of evidence.’

Perhaps Gardner should be forced to take mandatory ethics classes, much like Obama’s DOJ.