Well worth watching this insane video of Speaker of the House Nancy Pelosi railing at CNN’s Wolf Blitzer for being biased towards Republicans because he legitimately wants to know why she won’t sign the $1.8 trillion relief bill that Trump has promised to sign immediately.

Pelosi claimed she feeds the poor. We are still puzzled how a woman with a $20,000 freezer stuffed full of gourmet ice cream can talk of feeding the needy when her district has some of the highest homeless rates in the country.

It appears that even members of her own party, including Andrew Yang, have pleaded with Pelosi to put the relief bill forward because real Americans are suffering. Never let anything stand in the way of chronic Trump Derangement Syndrome.

It’s times like these that residents in Rochester, NY probably wished they had an NRA banner skewered into their front lawn instead of one filled with pacifist woke messages.

Several weeks ago we were appalled to see BLM activists shine torches through bedroom windows and yell obscenities in the middle of the night in suburbia. Now these thugs are climbing onto properties to intimidate the occupants.

After BLM activists ransacked local restaurants and causing diners to flee, they went to their homes and intimidated them there.

How can anyone in their right mind vote for those who have openly supported these “mostly peaceful” protestors? We reckon BLM is doing far more lasting damage to businesses that coronavirus lockdowns ever could.

It seems that San Francisco residents are looking to leave in droves. Zillow report a record surge in listings, up 96%

“Online real estate company Zillow released new statistics shining a stark light on the issue this week. Their “2020 Urban-Suburban Market Report” reveals that inventory has risen a whopping 96% year-on-year, as empty homes in the city flood the market like nowhere else in America.

The reason for this change is likely a combination of a few unprecedented factors that have collided this summer, resulting in a historic shift in the city.

“It may be tempting to credit the city of San Francisco’s inventory boom to the advent of remote work that came with the pandemic, but one only has to look at to San Jose to question that narrative,” Clark said. “The San Jose metro, which like the city of SF is dominated by tech workers, has not seen a similar rise. Two things that could drive the difference are San Francisco’s density and its smaller share of family households.”

Or maybe it’s the political class who have failed to solve homelessness and happily decriminalize public defecation on the streets. Yes, the city council thinks an app that allows residents to pinpoint human feces to alert cleaning squads is progress.

What a disgrace. NY Times journalist Murray Carpenter and photographer Tristan Spinsky want to run a story which publicizes Fox presenter Tucker Carlson’s home address to get him off the air. Imagine if Tucker Carlson reported where NY Times editors and journalists lived? We would never hear the end of it.

No matter how abhorrent NYT might find Carlson’s politics to be, his family should be totally off-limits. We thought that Bari Weiss’ resignation letter was the peak of the disgraceful antics at the NYT.

This is criminal, sinister and a perfect example of how reprehensible the one reputable paper has become. Instead of crushing Carlson’s arguments with facts and logic, they want to cancel him. Tells us all we need to know.

We’ve written quite a bit lately on the utterly hopeless NYC Mayor Bill de Blasio and his weakness in tackling crime.

We’ve written in the past about vigilantism in NYC several years ago and we see that inevitably, NY citizens will start to take the law into their own hands. They will have little choice.

The truth is the Guardian Angels have already returned, since deBlasio took office in 2014.

What caused this? In the 1970s, NYC faced problems with the budget and by 1975 was teetering on bankruptcy. This led to shedding of public service jobs including the fire department and the NYPD. The fall in foot patrols in NYC saw crime soar. Homicide rates climbed as follows:

At this stage homicide in NYC is well off long term rates despite the sharp % increases seen since the death of George Floyd). One wonders whether the history of the 1980s will return as de Blasio cuts funding to the NYPD when the number of cops on the beat fell substantially. Will residents start moving to other parts of the country and hollow out the tax base?

We found this document interesting, especially the following statement:

“While the NYPD has made approximately 40,000 fewer overall arrests so far this year compared with last year, gun arrests year-to-date as of July 5 are 1,679 vs. 1,683. We have also seen the impacts of legislative mandates sending offenders no longer eligible for bail back to the streets where they are being regularly rearrested and contributing to overall crime in the city.”

Who knew? Now that NYPD cops are quitting in record numbers and new recruits aren’t being hired to replace them, what could possibly go wrong?

Expect to see more stories about the Guardian Angels in NYC as residents fill the hole that the virtue signaling segregationist mayor has opened.

To think how the mayor was so willing to use the NYPD as a Gestapo to fine residents for disobeying stay-at-home orders. Recall deBlasio even encouraged NYers to dob in their neighbors.

Former Australian PM Kevin Rudd once said that climate change was “the great moral challenge of our generation.” He also wrote in an essay in 2019 that “neighbouring island states are facing the future disappearance of their countries altogether through coastal inundation.”

The Rudds have just bought a $17m beachfront house in Noosa.

They must have taken notes from the Obamas who bought a $15m waterfront property in Martha’s Vineyard.

Why is Mother Nature so generous to left-wing former heads of state?

Thanks SF for the flag. 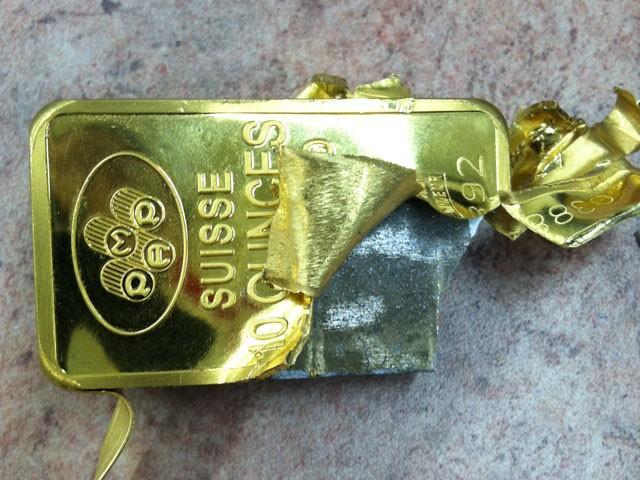 A dozen Chinese financial institutions, mainly shadow banks loaned 20 billion yuan (US$2.8 billion) over the past five years to a company named Wuhan Kingold Jewelry which used pure gold as collateral. The “gold” turned out to be gold-plated copper. Lenders are now left with 16 billion yuan vacuum in collateral because of the fake bars.

Dongguan Trust set out to sell the fake bars to cover defaulted Kingold debts but soon discovered that it had been hoodwinked.

Turns out the scam went even deeper – all the way to real estate…the full story here.

The Houston Association of Realtors (HAR) has announced it will stop using the word “master bedroom” when referring to features of a house because it could be perceived a harking back to slavery. It will be replaced by “primary bedroom.”

Will university Masters degrees be changed?

When will this cancel culture stop?

An ‘Open letter advocating for an anti-racist public health response to demonstrations against systemic injustice occurring during the COVID-19 pandemic‘  has been published with 1,288 cosignatories.

It is nothing more than the standard sanctimonious drivel sacrificed on the altar of political correctness served up by liberals desperate to appear chic in a cancel culture using their supposed intellectual superiority over everyone else.

The open letter lends its support to BLM during the novel coronavirus pandemic, stating that “white supremacy is a lethal public health issue that predates and contributes to COVID-19.”

Naturally, we wanted to test the depth of the bench of the consignatories telling us that we “Listen, and prioritize the needs of Black people as expressed by Black voices.”

Should we view an art therapist who signed as a leading light? The group of Seattle 500 Women Scientists? The transgender entry? The lawyers? The veterinary surgeons? The housing company? The Twitter follower? How about Antonia Beachem, Human? The former probation officer? The postdoctoral researcher at the Barcelona Lab for Environmental Justice and Sustainability? Meditating for Black Lives? The Washington Physicians for Social Responsibility & Radical Public Health? The priest? The pastor?

Apart from the predictable content of the virtue signaling hyperbole, what a shame only 19% of the cosignatories are actual doctors. 37% that co-signed are academics (excluding MDs that lecture), 10% are students and 28% are individuals who don’t list their profession. The rest are a hodgepodge of activist groups.

What these puritans overlook is that most can see this letter is just an expression of their chic political views, wrapped in medical opinion. When so many sign the document from other fields, it dilutes what little credibility there was to begin with.

We’ve seen this sort of thing before.

Or the Feb 2020 Safe Climate Declaration which hosted 100 speakers of which less than 5% were climate scientists. Most were from academia, media and high schools.

Or the 268 cosignatories of an open letter in support of Extinction Rebellion (XR). Perhaps the most hilarious signatory to the letter was Matthew Flinders. Our esteemed explorer seemed to have navigated his way back to life after 200 years.

Or the the sanctimonious video made by the World Mental Health Coalition (WMHC) where all members co-signed the case for Trump’s lack of mental capacity. Sounds impressive using “world”, doesn’t it? Given the World Psychiatric Association represents 200,000 members worldwide, WHMC’s 37 members seems rather pathetic by comparison. Be sure to read how they were prepared to ditch their Hippocratic oath to smear Trump.

Back to this open letter. Let’s not forget the poor ethics displayed by many in the medical community – such as publishing a rushed paper and retracting it in The Lancet on hydroxychloroquine. Or the farcical behaviour of WHO and its kowtowing to China.

Perhaps we might reflect on the alarmist medical experts who lusted power with ridiculously exaggerated forecasts which have likely tanked the global economy and created a far worse outcome for all, especially the minorities they claim to defend.

We can’t wait for them to sound alarms when people attend Trump rallies and accuse them of being grossly negligent.

So in conclusion, certain members of the medical community should stay in their lane. They are entitled to free speech but using fancy letters after their name to lecture the rest of us to check our white privilege discredits them.

A closing thought. Have these MDs considered offering their medical services to the black community gratis to help them overcome centuries of institutionalized racism? Of course not.

Do Americans really want Democrat policies at a national level? As the Minneapolis City Council voted to replace the Minneapolis Police Department with community-led public safety groups, reports are that 18.6% of Minneapolis’ total real estate listings have come up for sale in just 7 days. Real estate website Zillow has tested at 15%. As a rule, 5-6% of total properties is a general average for properties for sale at any one time. Minneapolis at 3x that. Who knew?

What did these politicians think when they were debating to disband the police? None of this cross their minds?

What is worse, the tax base will shrink with it further compounding the problems these political hacks think they will solve for with kumbaya hand-holding. Watch crime soar. Well done liberals. Just when we think new levels of stupidity are hit, you guys manage to lower the bar time after time.

Once again, how can sane Americans honestly see Democrats as a credible alternative to Trump, for all of his foibles?