This is a time for boldness and President Biden is already delivering.

By rejoining the Paris climate accords on day one, he declared loudly and clearly that the U.S. will once again lead the fight against climate change.

And this is only the beginning. https://t.co/6cSS49lkyx

Says the man who hung out with his mate who owns an airline, train and cruise line on the back of a gas guzzling motor launch. 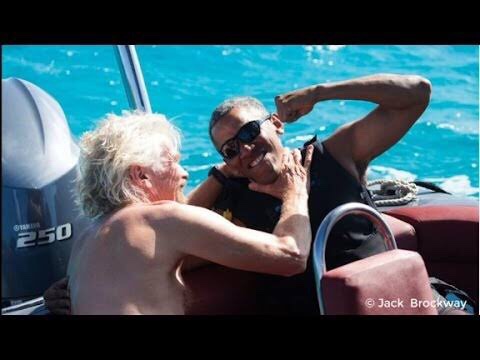 Perhaps Obama should have mentioned President Biden’s new climate czar who has his own private jet, 12 cars, 6 houses and 2 yachts?

We don’t begrudge the wealth to obtain such items but we don’t think it lends well to sanctimoniously lecturing soccer mums, who drop their kids off at practice in second-hand SUVs, about their irresponsible behaviour. Or bashing the lawnmower man whose gas guzzler taxes on his work pick-up truck go to subsidize the Tesla of his customer who pays him to keep his garden tidy.

All the while the Paris Accord is a protection racket for China which can pollute to its heart’s desire. EU countries can burn wood chips which have a higher carbon footprint than brown coal yet get to count it as a zero emission renewable as a replanted tree which will take 100 years to grow will compensate even though we’re all supposed to die within 12 years?!?

How ironic that America’s carbon emissions fell under Trump. Just shows that you don’t have to join a club of group thinkers to get better results than them. Alas, in today’s world empty tokenism is a thing.

The rank hypocrisy. Watch the hips not the lips.