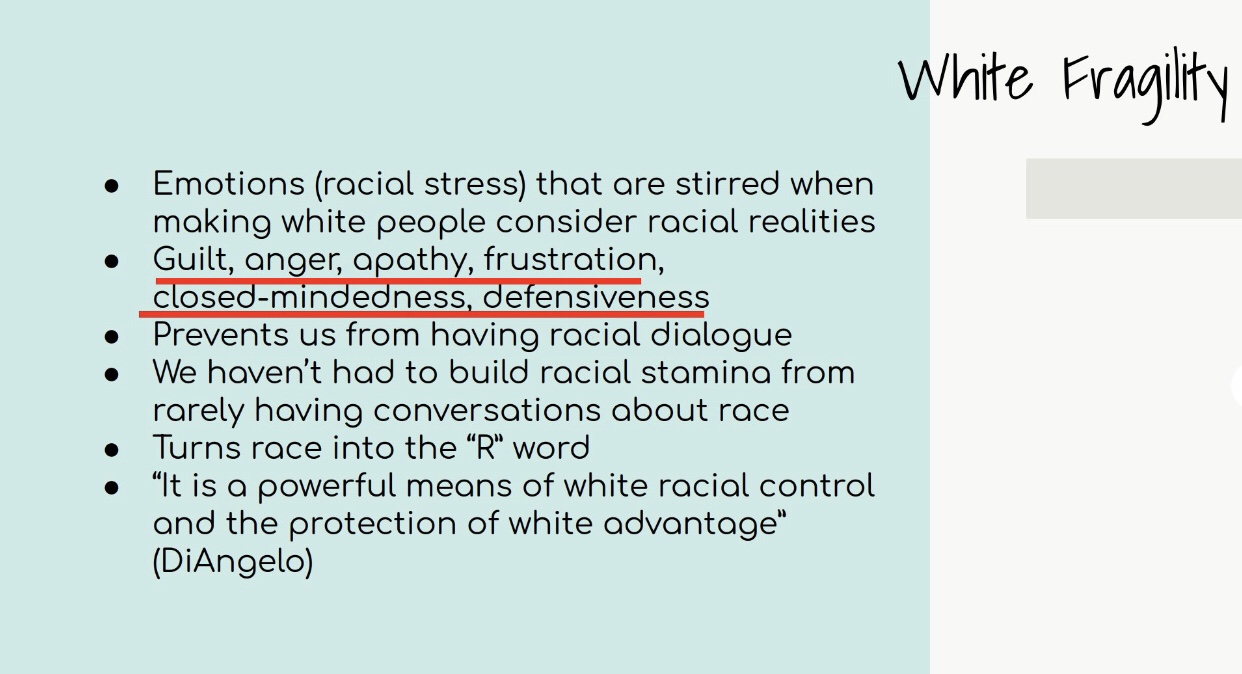 We’ve been down this road before.

If teachers unions weren’t already left leaning enough, San Diego Unified School District (SDUSD) teachers will be forced to undergo white privilege training. This is where Marxist teachings backfire on staff who wind up on the receiving end of the very indoctrination they seek to brainwash students with.

They will be compelled to acknowledge they are on stolen land and the leaked documents show that they will experience “guilt, anger, apathy, [and] closed-mindedness” because of their “white fragility.“

White teachers will be told “you are racist” and “you are upholding racist ideas, structures, and policies.”

The trainers believe that “white people in America hold most of the [power]” and that white teachers have an “ability to thrive” that is “being preserved at every level of power.”

It wasn’t so long ago that Starbucks staff were submitted to the same cultural Marxism, all for the actions of staff correctly demanding non paying people occupying seats which prevented paying customers from using them was not on. Police were called and Starbucks felt punishing its own employees was the appropriate action.

Alas the staff must have been exercising White privilege. War is peace. Freedom is slavery. Ignorance is strength.