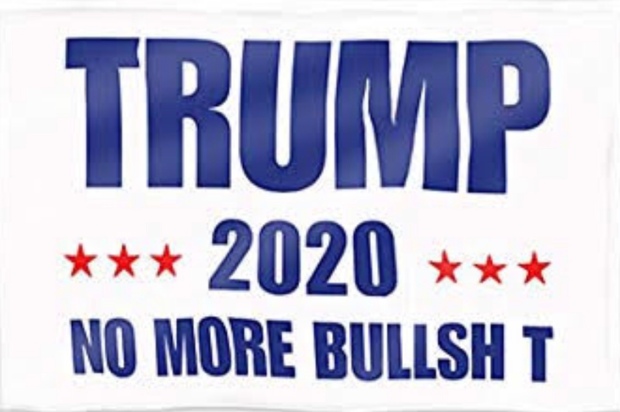 A friend shared this and if I knew the original writer, I would absolutely give them credit. Warning- it’s long, but pretty darn accurate. Thanks Jon Jon.

We could not have said this any better:

“If you can’t stand Trump, and cannot possibly fathom why anyone would ever vote for him, let me fill you in.

It’s not that we love Donald Trump so much. It’s that we can’t stand YOU!

And we will do whatever it takes — even if that means electing a rude, obnoxious, unpredictable, narcissist (your words not ours) to the office of President of the United States — because the thing we find more dangerous to this nation than Donald Trump is YOU.

From systematically destroying our schools and brainwashing our kids into believing socialism is the answer to anything (despite being an unmitigated failure everywhere), while demonizing religion and faith, and glorifying abortion, violence, and thug culture.

From calling us racists every time we expect everyone of any skin color to follow our laws equally to gaslighting us about 52 genders, polyamory, grown men in dresses sharing public locker rooms with little girls, and normalize the sexualization of young children, you simultaneously ridicule us for having the audacity to wish someone a “Merry Christmas” or hang a flag on the 4th of July, stand for the national anthem, or (horror of horrors) don a MAGA hat in public.

So much for your “tolerance.” Do you see why we think you are hypocrites?

We’re also not interested in the fact that you think you can unilaterally decide that 250 years of the right-to-bear-arms against a tyrannical or ineffective government should be abolished because you can’t get the violence in the cities you manage under control. That free-speech should be tossed out the window, and that those who disagree with your opinions are fair game for public harassment or doxing. That spoiled children with nose-rings and tats who still live off their parent’s dime should be allowed to destroy cities and peoples’ livelihoods without repercussions.

That chaos, and lawlessness, and disrespect for authority should be the norm. This is your agenda. And you wonder why we find you more dangerous than Donald Trump?

Your narrative is a constant drone of oppressor/oppressed race-baiting intended to divide the country in as many ways as you possibly can. You love to sell “victim-hood” to people of color every chance you get because it’s such an easy sell, compared to actually teaching people to stand on their own two feet and take personal responsibility for their own lives and their own communities and their own futures. But you won’t do that, you will never do that, because then you will lose control over people of color. They might actually start thinking for themselves, God forbid!

This is why we will vote for Donald Trump.

Not because he is the most charming character on the block.

Not because he is the most polite politician to have ever graced the oval office.

Not because he is the most palatable choice, or because we love his moral character or because the man never lies, but because we are sick to death of you and all of the destructive crap you are doing to this once beautiful and relatively safe country.

Your ineffective and completely dysfunctional liberal “leadership”(?) has literally destroyed our most beautiful cities, our public education system, and done it’s damndest to rip faith out of people’s lives.

However bad Donald Trump may be, and he is far from perfect, every day we look at you and feel that no matter what Donald Trump says or does there is no possible way he could be any worse for our country than you people are.

We are sick to death of your stupid, destructive, ignorant, and intolerant behavior and beliefs — parading as “wokeness.” We are beyond sick of your hypocrisy and B.S.

We are fed up with your disrespectful divisiveness and constant unrelenting harping and whining and complaining (while you live in the most privileged nation in the world), while making literally zero contributions of anything positive to our society.

Your entire focus is on ripping things down, never ever building anything up. Think about that as there is something fundamentally very wrong in the psychology of people who choose destruction as their primary modus operandi.

When Donald J Trump is reelected, don’t blame us, look in the mirror and blame yourselves. Because you are the ones that are responsible for the rise of Donald Trump. You are the ones who have created this “monster” that you so despise, by your very actions. By your refusal to respect your fellow Americans, and the things that are important to us.

You have made fun of the “fly-over states,” the people who “cling to their guns and religion,” the middle class factory workers and coal miners and underprivileged rural populations that you dismissively call “yahoos” and “deplorables.”

You have mocked our faith and our religion.

You have mocked our values and our patriotism.

You have trampled our flag and insulted our veterans and treated our first responders with contempt and hatred.

You have made environmentalism your religion, while trashing every city you have taken responsibility for.

You scream from the rooftops about “global warming” and a “green new deal” while allowing tens of thousands of homeless people to cover your streets in literal sh!t and garbage and needles and plastic waste without doing a single thing to help them or solve the environmental crisis your failed social policies are creating.

But we’re supposed to put YOU in charge of the environment while gutting our entire economy to institute this plan when you can’t even clean up a single city??

You complain — endlessly — yet have failed to solve a single social problem anywhere. In fact, all you have done is create more of them.

We’ve had enough. We are tired of quietly sitting by and being the “silent” majority. So don’t be surprised when the day comes when we finally respond. And trust me it’s coming, sooner than you might think. And also trust me when I say it won’t be pretty. Get ready.

When Donald Trump is reelected it will be because you and your “comrades” have chosen to trash the police, harass law-abiding citizens, and go on rampages destroying public property that we have all paid for and you have zero respect for.

When Donald Trump is reelected it will be because we are sick of your complete and utter nonsense and destruction. How does it feel to know that half of this country finds you FAR more despicable than Donald J. Trump, the man you consider to be the anti-Christ? Let that sink in.

So if on the morning of November 4 (or more likely January 19, by the time the Supreme Court will weigh in on the mail-in ballot fiasco that we are headed towards), and Donald J. Trump is reelected?

The only people you have to blame is the left-wing media drones and yourselves. You did this. Yep you.”