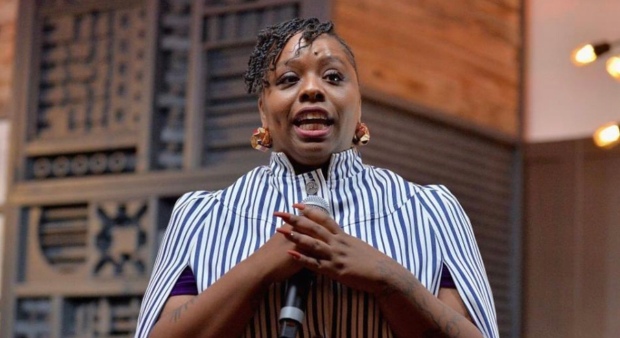 BLM co-founder Patrisse Cullors has requested that Hollywood join the strikes surrounding the police shooting of Jacob Blake. She said,

“I think it’s time for talent, writers, executives, the guild and SAG to show up for Black lives as well…Join this strike. Now is the time and our movement is really looking to unions to step in in a particular way and say ‘We’re going to hold back on allowing for the exploitation and the degradation of Black communities to continue under our watch.’ I think Hollywood can really show up in this moment.”

Who better to have join a cause than the world’s biggest hypocrites? The very people who turned a blind eye to the antics of Harvey Weinstein for the betterment of their own careers over decades. The same people who lectured mothers who drive their kids to sports practice in second-hand SUVs over climate change before they headed to their third homes via private jet. The same people who went vegan at the awards ceremony for sustainability.

The irony is that Cullors somehow believes that mainstream Americans will get chills down their spines if Hollywood makes threats to strike and cringeworthy videos from their gated 20 bedroom mansions. Has she not seen the audience figures or MLB, NBA, NFL, NLS etc?

Let’s not forget who Jacob Blake is. A man who had an outstanding arrest warrant for violating a restraining order stemming from an alleged sexual assault.

The Kenosha police union claimed that Blake was armed with a knife at the time of the shooting — and had put one cop in a headlock and shrugged off two Taser attempts while resisting arrest.

Prior to this warrant, Blake was charged with brandishing a firearm in a bar while drunk, concealed carry of a firearm in a public building, battery, assault and domestic violence.

No matter one’s view on the use of ‘excessive force’ or not, it is not hard to imagine that Blake wouldn’t have been shot or end up paralyzed if he’d obeyed the instructions of the police. Period.

Still it wouldn’t surprise us if Hollywood rushes to the defence of such an outstanding member of society. It would be utterly consistent with all of the other hypocrisy and out-of-touch actions that define so many of them.

As for BLM, the organization’s reprehensible double standards are self-evident. When children were being murdered in Chicago, Cullors was utterly silent.