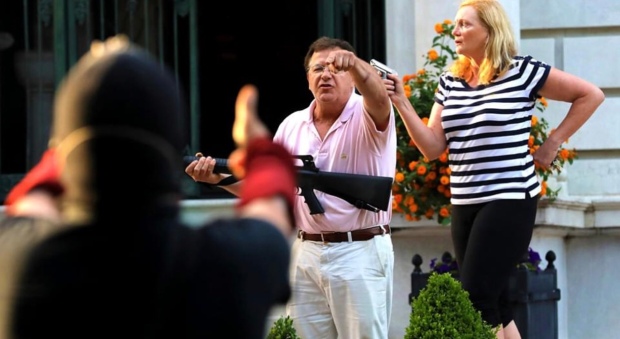 St Louis law enforcement has served a warrant on the McCloskeys, the couple that defended their home and confiscated the automatic rifle that was used to defend it after 300 protestors trespassed on private property. We wrote about activist DAs here.

How wonderful that the government decided to treat them as the common criminals even though McCloskey had an official permit for the weapon and has no history of committing any felonies.

Presumably the Democratic Mayor and DA can celebrate if the McCloskey family home burns to the ground. They have since had to hire private security.

Talk about government overreach. This is what the Democrats are signaling they want for ordinary, hard working Americans. Shut up and fall into line.

As Mark D Robison once said, “I’m the majority…yet every time something happens we’re the last ones considered and the first ones punished.”