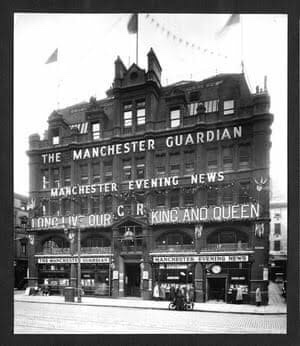 We can’t think of a bigger own goal. The Guardian newspaper is no stranger to woke causes and pushing all the left wing social causes. Slavery is a definite no-no.

So we wonder how the BLM cheerleading rag can explain away its history. The paper’s founder, John Edward Taylor used profits from a cotton plantation that used slaves to establish the paper in 1821.

In 1844, the paper is claimed to have demanded its cotton workers be forced back into work to fund it.

As the US Civil War wager the Manchester Guardian sided with the southern Confederates against President Lincoln, the liberator of slaves.

The only noble thing to do would be to shut the newspaper down in line with the beliefs of all of its journalists. A petition is already up and running. You can sign here.

Naturally, the left will overlook this troubling history. If The Guardian wants to support BLM, tearing down statues and all the other pet causes of the left it should practice what it preaches.