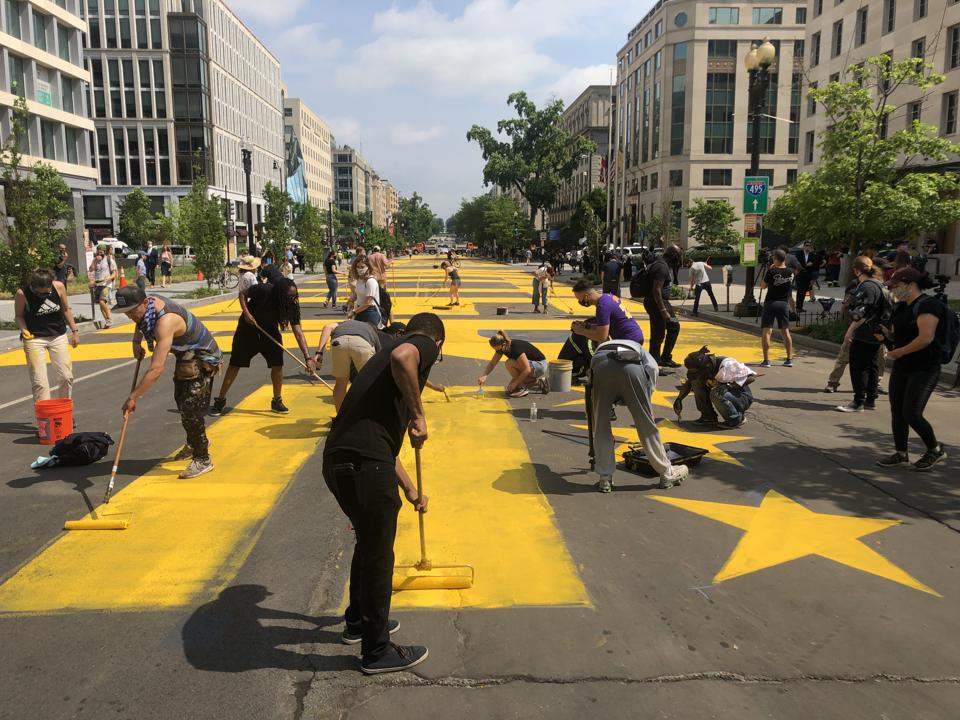 Seems DC Mayor Muriel Bowser caught the ire of local Black Lives Matter (BLM) chapter after she went to the trouble of naming a plaza after the movement. BLMDC thinks the black mayor has historically been on the wrong side of the BLM movement.

BLMDC tweeted that Bowser’s move was a “performative distraction” from her “inaction” to meet the “demands to decrease the police budget and invest in the community…” which was followed up with,

“This is to appease white liberals while ignoring our demands…Black Lives Matter means defund the police.”