It wasn’t so long ago that the mainstream media went into a frenzy over the Space Force logo mimicking Star Trek’s Starfleet Command. Never mind that the US Army Air Force had used the delta symbol since 1942. Never mind that the Air Force Space Command has had the following insignia since it’s inception in 1982. As you can see the delta and globe shapes comes from that. We run through the history here. Such is the chronic nature of Trump Derangement Syndrome that no cure has yet been found.

Of course, the Trump-haters bashed him senseless over the moves to grant Space Force an independent status on the basis that he was indulging his immaturity. We have written for over a decade that the US has held deep concerns for its space assets given the astronomic (no pun intended) rise in China’s home-grown space technology which jeopardizes America’s ability to manage its huge military arsenal that relies so heavily on satellites.

China established the People’s Liberation Army Strategic Support Force (PLASSF) at the end of 2015 with a mission responsible for outer space, cyberspace, and electronic warfare. Where was the media bashing President Xi for this petulant behaviour?

Space investment has grown globally. In 2018, China launched 29 military satellites, exceeding six for the United States and eight for Russia.

So it made perfect sense to give the US Space Force proper recognition to counter the growing threats in orbit. 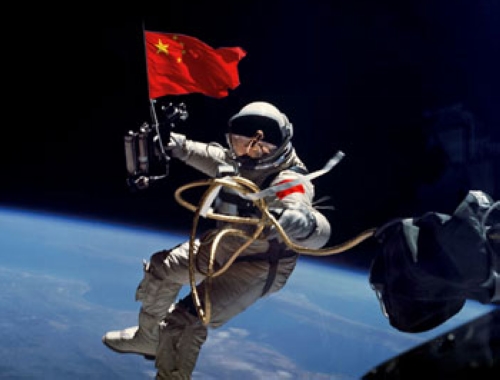 Japan has raised similar concerns as the US. It will expand its own space investment under the name of Space Operations Squadron.

“The new squadron, which will now conduct personnel training and system planning in collaboration with the Japan Aerospace Exploration Agency (JAXA) and US forces, will be in charge of operating a space surveillance system designed to track space debris and the position of satellites in order to avoid collisions in space…The system, which includes a network of ground radars, has also been designed to monitor the activities of satellites of countries that may seek to disrupt Japanese and/or US satellite operations through, for instance, the use of anti-satellite missiles, laser irradiation, communication jamming, or so-called ‘killer satellites’.”

“There is no concept of national borders in outer space, meaning that the utilization of satellites enables the observation of, communication at, and positioning on any area on the Earth. Thus, major countries make efforts to enhance the capabilities of a variety of satellites and launch them for the purpose of enhancing C4ISR functions. Such satellites include image acquisition satellites for reconnoitring military facilities and targets, early-warning satellites for detecting the launch of ballistic missiles, for gathering radio signals, communication satellites for communications between military units, and positioning satellites for navigating naval vessels and aircraft and enhancing the precision of weapons systems. In outer space, various countries are thus rapidly developing their capabilities to ensure their military superiority.

From the viewpoint of ensuring their military superiority, various countries are also rapidly developing their capabilities to impede each other’s use of outer space.”

So before the mainstream media pillories Trump over Space Force, if the most pacifist nation on earth is stepping up its investment substantially, know that there is a method in the madness. Weaponizing space isn’t about indulging childhood SciFi TV programs but navigating unchartered waters in military defence capability. It is nothing to be scoffed at.