It didn’t take long before we got further evidence as to why the Royal Australia College of General Practitioners (RACGP) is superior in reaching its core audience than the Australian Medical Association (AMA), which loves to stray into avenues outside of its expertise.

Take the positions on coronavirus.

The RACGP published a detailed piece on Coronavirus vs SARS, MERS, H1N1, Polio, Zika,and Ebola. It was chock full of useful, easy to understand information. Context and perspective.

The AMA, true to it’s social justice roots, decided that highlighting racism one social media was more relevant to people who might be concerned about catching the virus. Does anyone honestly believe that the AMA endorses discrimination? How many cases of overt racism were actually reported by GPs? 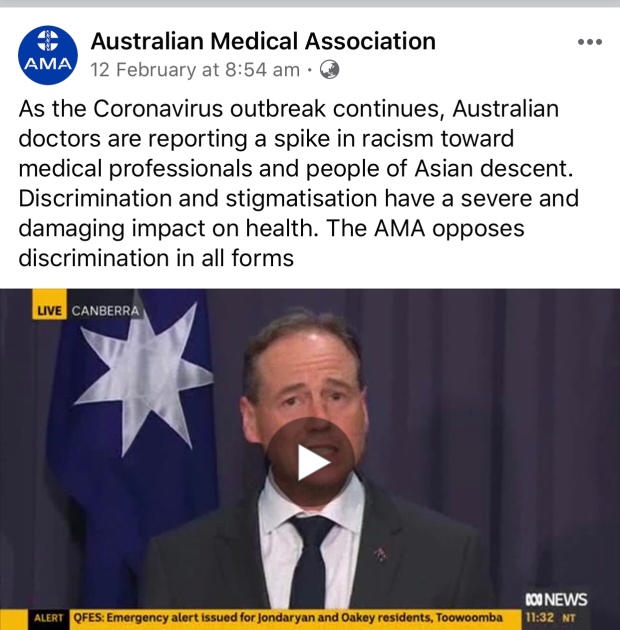 The AMA even thought the government’s Christmas Island quarantine was inhumane despite many interviewed after arriving on the mainland overwhelmingly complimentary of the conditions, efficiency as well as the quality and delivery of care there.

Even worse, instead of putting a reasoned case to Australian citizens on coronavirus, the AMA decided that reposting a SMH article which spoke to misinformation spread by social media sites was more appropriate. How about from the AMA? 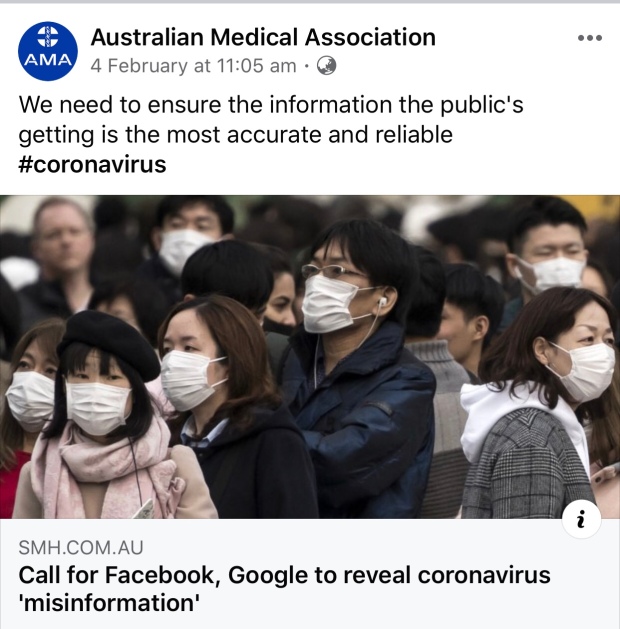 To be fair, AMA has a separate web page that includes interviews on the Today Show and Sunrise where humanity aspects at Christmas Island are the focus rather than delving into the mechanics of the coronavirus.

Which goes straight to the heart of why membership at the AMA has fallen from 95% of doctors to around 26%. Perhaps doctors want their annual fees to going to improving medical outcomes and funding in depth research that will benefit them rather than fight social causes on breakfast TV.