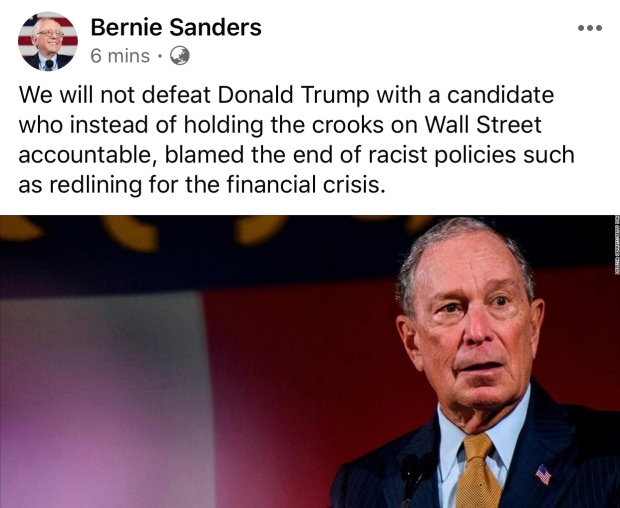 Always fun to see how politicians on the same side eviscerate each other on policy and character.

It was no different with the GOP when Trump was hammering “low energy Jeb” and “Little Marco.” In 2016. Ted Cruz even challenged Trump to a “Mano a Mano” debate such was the divide.

The problem for the Democrats is if the DNC stiffs Bernie Sanders again, his supporters will stay away in November and one has to question whether he will rush to endorse Bloomberg as he reluctantly did with Hillary Clinton.

The funny thing is that in today’s world financial market players rely on over regulation to squeeze the smaller guys out. Get politicians to make the costs of onerous compliance so high that the larger firms gain the spoils.

So Bernie would be doing the financial firms as big a favor as Bloomberg and his “crooked mates” on Wall St by putting more red tape in place. So much for helping out the poor and oppressed.