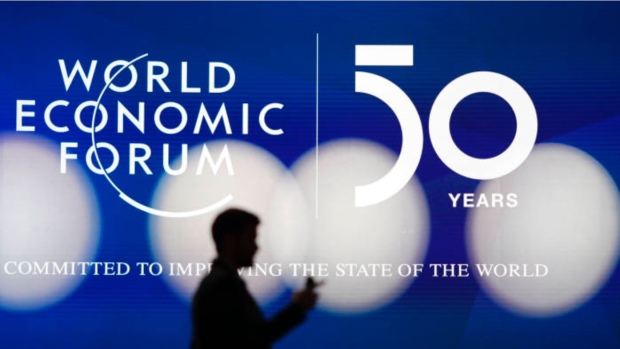 Davos is upon us. That event where the world’s elite congregate via private jet and helicopter transport to tell the rest of us to reconsider our use of a second hand SUV to take the kids to soccer practice for the sake of the planet.

This event marks 50 years. What started as a good idea is now nothing more than a networking event for crony capitalists looking to exploit gutless governments into backing their schemes and ridiculing those that don’t sign up for multi-million dollar memberships.

We should applaud the World Economic Forum (WEF) for helping perpetuate the culture of systemically brainwashing our youth.

In the 2020 Global Risks report, we get the following table which highlights adults (‘Multistakeholders’) and the youth (‘Global Shapers’). Who knew that environmental issues took the Top 5 positions among the kids? Privacy be damned. Adults were more concerned with politics and trade wars. Hint hint President Trump.

The long term outlook produced even more drama. The adults seem to have appeased the kids on climate but their private jet powered life styles at the very least mention global governance failure and the risk of asset bubbles popping.

The youth on the other hand ramped up the global warming rhetoric to 11. The Top 6 concerns are climate and #8 turns out to be about climate refugees. That’s the result of a Marxist education, one that NZ is only too proud to boast about. Forget rational debate to engage kids on how to see two sides of an argument. They will be admonished for speaking out against the orthodoxy. Or doxxed on social media. Or both. Is it any wonder we have a mental health crisis?

Although it is worth mentioning that the deteriorating global economic fundamentals highlighted in the same report risk handing the kids their ideal utopia by way of a deep recession thanks to excessive global debt levels and low interest rates. It is unlikely these self-entitled ‘Global Shapers’ have ever contemplated, much less lived through such an outcome with all of their earth ending hysteria. Best tell them that if they pursue their dream of 100% renewables and zero carbon emissions they can bask in the shared misery of having let their teachers blindly mislead them by never challenging them on anything. Experience is a hard teacher. They’ll get the test first and the lesson afterwards. But such reality will be too late and take decades to fix.

Perhaps these ‘Global Shapers’ would do well to study the reasons why inequality and social upheaval will continue to grow if the world pursues the barking mad drive to decarbonise the world. The report even makes a point to talk of the disruption in France by the yellow vests. It noted,

“In France, for example, the persistence of the “gilets jaunes” movement had caused businesses more than US$11.4 billion in losses by December 2019 and complicated the government’s plans for economic revival.”

The yellow vests are protesting over regulation and climate related taxes.

Under the chapter of ’10 years left’, we got the following passage which is full of untruths as to beggar belief.

“Governments, markets and, in an increasing number of societies, voters are awakening to the urgent realities of climate change—it is striking harder and more rapidly than many expected. The last five years are on track to be the warmest on record. Climate-related natural disasters such as hurricanes, droughts and wildfires are becoming more intense and more frequent, reportedly now averaging a disaster a week. Polar ice is melting more quickly than anticipated, with drastic implications for sea levels and coastal populations. Severe weather is worsening: the last year witnessed unprecedented wildfires and devasting storms across the globe, sea ice loss in the Arctic and record-breaking heatwaves in Europe.”

Yet how was it that Queenslanders voted to keep the incumbent government in power because of its support for a coal mine? Why is China committing to 300-500 new coal-fired power plants?

How is it that the UN has reported categorically that it has ‘low confidence’ on any shift in the behaviour of natural disasters? In the UNIPCC’s March 2018 report on weather extremes with respect to anthropogenic induced global warming) it says,

Where is the evidence of 10s of millions of climate refugees fleeing rising sea levels an coastal populations?

Analysis “using tide gauges and satellites showed 30 Pacific and Indian Ocean atolls including 709 islands, revealed that no atoll lost land area and that 88.6% of islands were either stable or increased in area, while only 11.4% contracted.”

This confirms a 2010 study by Webb & Kench which revealed,

There is even reference to properties sold in Florida and the risk they become uninsurable. Then why is the Florida house price index at record highs?

What about record breaking cold waves in Europe and Canada? Unprecedented wildfires and storms? Not according to the data.

One comment made in the report was the fact that 14x more women die than men during natural disasters. Is this proof there are only two biological genders or are the studies on non-binary deaths during disasters incomplete? This may have to be a separate break out session.

“Aside from a number of vanguard first-mover champions, most companies, too, appear ill-equipped to address climate risk.”

“It’s definitely true that right now every one of us should think hard about whether or not we need to take a flight.”

Why doesn’t he close down the airlines in the portfolio? Instead of waiting for his customers to grow a conscience and do the right thing why not force their choice? The obvious answer is that it’s hypocritical.

Yet even our own ASIC feels the need to force the minds of corporates to deal with climate change. Forget the data that shows reporting on the subject has collapsed since 2011 from an already low level because the free market mechanism reveals that pricing to offset such fears simply don’t exist in any meaningful way. The regulator’s wish to enforce reporting only proves it needs to construct a narrative to ward off a problem that doesn’t rate much of mention other than virtue signaling.

Perhaps this urgency to get regulators to pressure corporate leaders showed up with this snippet in the WEF report,

“In the World Economic Forum’s survey of business leaders, none of the top 10 risks globally are environmental, suggesting a critical blind spot…industry partners of the World Economic Forum ranked environmental risks higher than business leaders surveyed more broadly…Overall, lack of consistent awareness-raising among business leaders may create first-mover advantages for some, but it also potentially demonstrates the much more concerning overarching risk: that many businesses may not be planning for the physical and financial risks that climate change may have on their activities and across their value chains.”

So in plain English that says that the majority of corporates that don’t pay into the WEF’s Davos slush fund are evil and if we can get the governments of the world to force change, its members will be the first beneficiaries of any new climate legislation.

Yes, Global Shapers are merely the rope that the Multistakeholders will use to lynch the rest of us with.