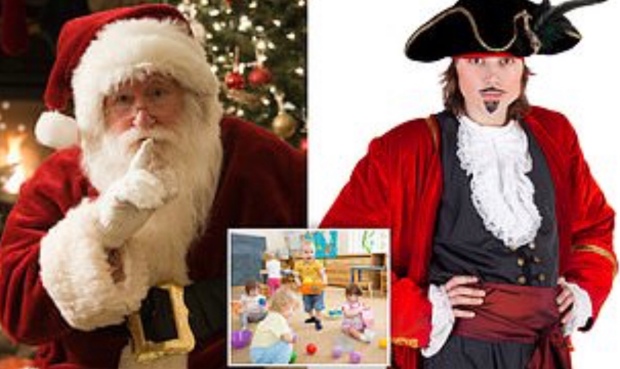 The comrades of the Democratic People’s Republic of Victoria never fail to come up with new ways of out-woking each other. A Melbourne kindergarten is determined to put Santa out of business and replace him with a sustainability pirate.

While we might sit back and laugh at this madness, those promulgating such curricula chip away bit by bit. This is just more evidence of the slippery slope of society. Where traditional values are cast aside to brainwash the innocent as you flag as possible. It’s not enough to do penis tucking and breast binding anymore in schools.

Perhaps while these kindy teachers are at it they should tell kids that Santa not only represents the white patriarchy, but operates his sleigh with a lack of gender diversity, that his obesity is caused by a heavily meat based diet and that he is cruel to animals. Not only that, he represents all of the evils of capitalism. Pushing people into senseless consumerism which ravages the planet.

They shouldn’t stop. Drum into kids the notion that their parents are liars to force the pretense of innocence of St Nick’s existence. Seriously, if the ice on the North Pole due to the climate emergency has melted how can he possibly be real?!

To take the other side of the coin, the pirate makes perfect sense as a replacement by the left. Lawless thieves stealing the most precious jewel of all – childhood innocence – at crayon point.

To be fair to Santa, the teachers should tell kids how pirates raped, boozed, killed and also traded slaves. Izzy Folau can help draft the Twitter post.