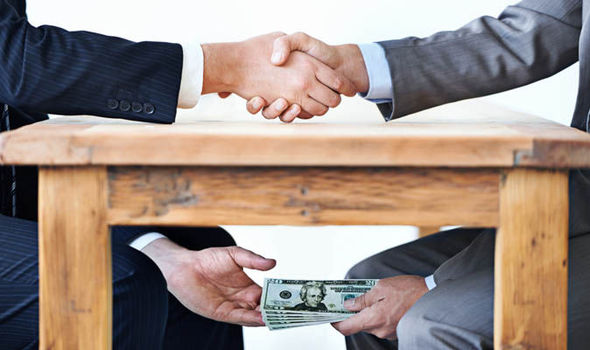 Carbon Brief has done an admirable job denoting how many delegates from each country are attending the COP25 boondoggle, sorry, climate conference. It notes,

“The country with the most delegates is, by some distance, Côte d’Ivoire with 348. The West African nation also brought the largest delegation to COP23 in Bonn in 2017 – with 492 participants – and the fourth largest to COP24 in Katowice in 2018, with 208.

Côte d’Ivoire’s delegation is more than 50 people larger than the second-placed country, which is the Democratic Republic of the Congo (DRC) with 293. The DRC also had the second-largest number of delegates at COP24 (with 237) and the third largest at COP23 (340).”

40.7% of delegates are from Africa. Similar to past years. Clearly, these COP summits create a fantastic opportunity to prey on the guilt of the West. As FNFM noted last year, the correlation with the number of delegates and the corruption index was significant.

India sent 35 to COP25 down from 182 at COP21. China sent 76, down from 326 respectively although it is more likely they sent investment bankers to see which African nation they can bribe to plunder their resources.

Australia has sent only 20 delegates but we should champion the fact that 65% of them were women. We even beat New Zealand’s 19 delegate field which only had 58% women. That should please those with Kiwi envy.

In what should rile the gender equality activists and Trump haters, the Paris Accord spurning Americans had higher proportional female representation than the EU or Norway. So much for capitalist pigs shunning socialist norms!

Naturally nothing will come of COP25 until a grandiose statement to tackle the climate emergency (FNFM is surprised the Wollongong City Council hasn’t sent a team after the unanimous declaration to “adopt an aspirational emissions reduction target of zero emissions by 2030 for its own operations“) comes in the death throes of the last day when the most hot air is produced.