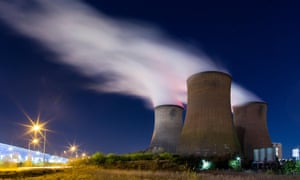 The National Grid Electricity System Operator (NGESO) has said the UK has not used coal-fired power for a week, the first time since 1882. Hooray! High fives all round! NGESO director, Fintan Slye, believes that UK electricity generation could be zero carbon by 2025. What you will read points to the utter madness and inadequate planning that will crush the grid in winter if zero carbon happens. He clearly doesn’t believe in energy poverty, something 331,000 Germans suffered from in 2017.

There is an irony to hear the UK government will phase out coal by 2025. It is hardly a goal to phase out 1% per year. How is it possible to zero carbon by 2025 with a junking of 37.6% of the grid? Crank up nuke? Biomass, which is more environmentally unfriendly than coal?

Maybe Mr Slye should read its own endorsed reports?

“Gas Demand – during the summer gas-fired electricity generation becomes a more significant component of GB demand, unlike winter when domestic heating dominates. We are expecting increased volumes of LNG supply, which affects flows of gas across GB.“

This OFGEM report calculated the % of the 26.3mn homes that use gas heating in the UK during winter as follows.

So what happens when fossil fuels get phased out for a zero carbon world by 2025? Perhaps they need to rely on electricity generated heat onto a grid that plans to knock out c.40% of its fossil fuel baseload. OFGEM notes,

“In Great Britain, 25% of flats use electric heating compared to only 4% of houses.

–of lower income. In England, around a third fall in the lowest income quintile, with incomes of less than about £14,500.

-single adult households and households with no children. There is generally no significantly increased likelihood of householders having a long-term illness or disability (with the exception of storage heating households in Scotland).”

So essentially in the quest to virtue signal, policymakers risk pushing more into energy poverty. The only outcome here is far higher prices. Given the UK wants to go full EV by 2040, throw more on the bonfire of stupidity.

Has the NGESO calculated the extra impact to the grid that transferring heating gas to the grid to get zero emissions by 2025 will cause?

Now that former Australian PM Malcolm Turnbull has chimed in applauding the UK’s week of non coal power generation alongside the embattled UK PM Theresa May, it confirms this energy policy is a dead cert dud.