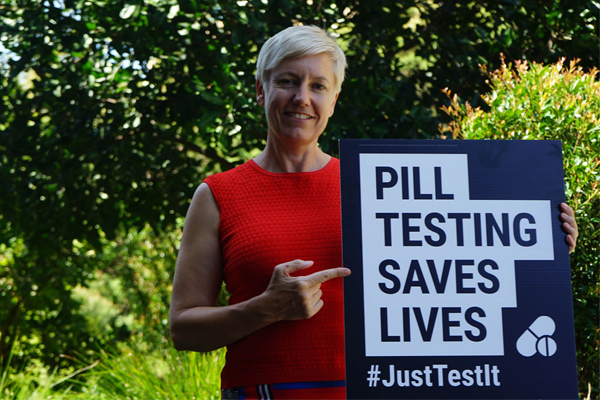 Pill testing. Yes, it is difficult to stop the youth of today popping drugs at rave concerts. If certain drugs like MDMA are illegal, why is it OK to turn a blind eye at the concert gate? If there is medical evidence to say taking MDMA is harmless then change the law. Sadly the tragic deaths of a handful of kids has shown this not to be the case. Overdoses and bad batches dispensed by nefarious actors.

Is the desire to resort to hallucinating narcotics so great that the government should back legislation to allow young kids to have their risky tablets tested?  Imagine if those asking for their pills to be tested were required to put their name down against the test? None would test! There would be outrage over a violation of privacy. Yet we the tax payer invariably foot the bill of the reckless behaviour should things go wrong. Perhaps attendees should be required to file their Medicare number alongside the pill test and pay higher premiums for willingly taking higher risks? Again, none would line up.

The arguments for pill testing surround removing the potentially deadly drugs off the market by creating a virtuous circle of warnings within the drug taking community. The idea is that they could make informed choices were pill testing made available and inform each other what to avoid. Research from Austria showed that 50% of those that got pill testing changed their consumption behaviours.  Sadly the other 50% did not. Other examples of positive outcomes from pill testing revolve around wider knowledge about what drug compounds are popular which helps medical and emergency services better prepare. There is a company in America which sells NARCAN which revives those that overdose from the dead. You can read more about that here.

The arguments for pill testing seem so strong that it is any wonder the government doesn’t go the whole hog and set up its own narcotic stall at these concerts to sell controlled substances directly to the public. Two MDMA tablets and a foil of heroin please. Are those bongs on special?

The stupidity with pill testing is in the word – “ILLEGAL”. If CM gets caught speeding, why shouldn’t I be as justified in saying I was acceleration testing my potentially lethal BMW to make sure the speedometer was accurate? No NSW Highway Patrol officer will grant clemency. I will be fined for breaking the law. Quite right too.

Then we get Greens MP Cate Faehrmann admitting she’s taken MDMA since her 20s. In her doing so we can now have an honest and open debate. Fantastic to have an elected official out herself as an illegal drug user. Is this the type of lived experience we should be basing policy off? How ironic she lambasts the zero tolerance policies of the NSW Government? It may well be costing lives but the measures to combat are proving ineffective.  That is the issue. Time to think outside the box.

Why not just have police controlled mandatory swab tests at exit, fully funded by the event organizer, who can impute that in the cost of the ticket? Those that show a positive sign to ‘illegal drugs’ are arrested and criminally charged. Simple. Make it clear well in advance that those caught for breaking the law go on a national register. Why shouldn’t employers be able to better screen their employees’ behaviours or and health insurers be able to more accurately assess their customers? If you are clean there is zero to worry about.

If we want to create a culture of stopping drugs, we won’t do it by applying soft measures. Rave concerts are a captive audience where drugs are smuggled in often unsavory ways to escape detection. Make it clear that the swabs are mandatory and one of two things will happen; the attendance will only be enjoyed by those prepared to be clean or the rave concerts will end.

Some will argue there will be a risk that rave concerts will go underground but in the day and age of cyber technology, it won’t be hard to track such events going forward. Make the penalties for organizers failing to register and apply for such concerts punishable by jail terms and multi million dollar fines.

If we truly don’t like the law, then let’s change it. Let’s not have two tier judicial systems that openly favour dangerous behaviour because it infringes on someone’s subjective right to listen to a rave concert completely off their rocker. Maybe that is the test – make these kids recall 50% of the music that were played. One can be rest assured most of them didn’t hear a thing.