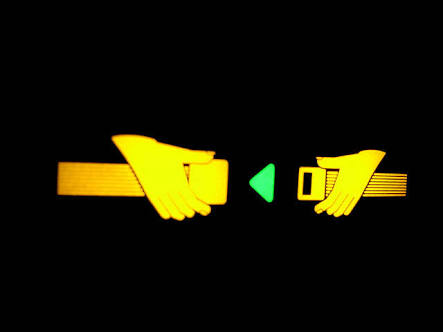 The “Fasten your seatbelts” edition (March 6, 2018) of the High-Tech Strategist by Fred Hickey is best read with antidepressants or a stiff drink. To be honest I hadn’t seen a copy of this research for at least 5 years. Today I’ve read it three times hoping I haven’t missed or misread anything. It is well reasoned and well argued. I would even admit to there being confirmation bias on my side but it is compelling. Usually confirmation bias is a worrying sign although prevailing sentiment or group think, it isn’t!

Perhaps the scariest claim in his report is a survey that showed 75% of asset managers have not experienced the tech bubble collapse in 2000. So their only reference point is one where central banks manipulated the outcome in 2007/8. S&P fell around 56% peak to trough. I often like to say that an optimist is a pessimist with experience. A lot of experienced punters have quit the industry post Lehman’s collapse, hollowing out a lot of talent. That is not to disparage many of the modern day punters but it does experience is a hard teacher because one gets the test first and the lesson afterwards.

Hickey cites an interview with Paul Tudor Jones who said that the new Fed Chairman Powell has a situation not unlike “General George Custer before the battle of the Little Bighorn” (aka Custer’s Last Stand). He spoke of $1.5 trillion in US Treasuries requiring refinancing this year. CM wrote that $8.4 trillion required refinancing in 4 years. In any event, with the Fed tapering (i.e. selling their bonds) couple with China and Japan feeling less willing to step up to the plate he conservatively sees 10yr rates hit 3.75% (now 2.8%) and 30 years rise above 4.5%. Now if we tally the $65 trillion public, private and corporate (worst average credit ratings in a decade) debt load in America and overlay that with a rising interest rate market things will get nasty. Not to mention the $9 trillion shortfall in public pensions.

Perhaps the best statistic was the surge in the number of articles which contained ‘buy-the-dip’ to an all time record. Such lexicon is often used to explain away bad news. It is almost as useless as saying there were more sellers than buyers to explain away a market sell off. In any event closing one’s eyes is a strategy.

Hickey runs through the steps leading up to and during the bear market that followed the tech bubble collapse. It was utter carnage. Bell wether blue chips like Cisco fell 88% from the peak. Oracle -83%. Intel -82%. Sun Microsystems fell 96%.

To cut a long story short, assets (bonds, equities and property) are overvalued. The Bitcoin bubble and consequent collapse have stark warnings that he saw in 2000. He recommends Gold, Gold stocks (which he claims are selling at deeper discounts than the bear market bottom) Silver, index and stock put options (Apple, Tesla, NVidia & Amazon) and cash. Can’t say CM’s portfolio is too dissimilar.

As Hickey says, “fasten your seatbelts”