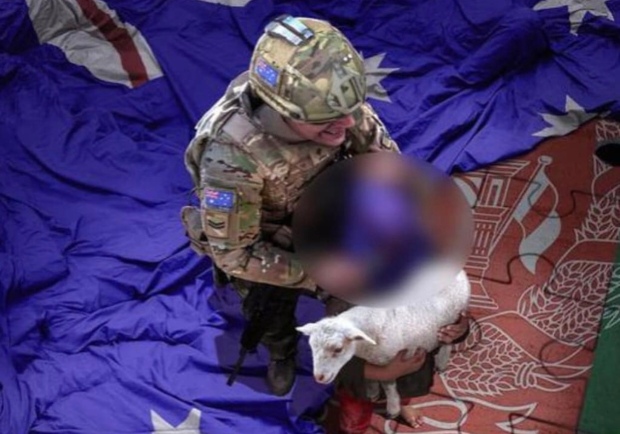 How apt that China, a country with a shocking human rights record, sought to lecture Australia on human rights abuses. No less a fake picture of an Aussie soldier with a knife at the throat of an Afghani child posted by a member of the Chinese Foreign Ministry.

Does the Chinese Foreign Ministry honestly think Australia is going to roll over with respect to the trade bullying by smears like this?

Imagine if DFAT listed the number of people that died on the Long March, during the Cultural Revolution, Tiananmen Square or in Uighur camps?

Unlike China, Australian soldiers have a far higher chance of being prosecuted if they’ve been found to have committed war crimes. Let’s get real. China is more likely to pin medals on those that are sent to suppress minorities.

Time for Australia to reassess the long term relationship with China. No time for half hearted measures. Japan shares our regional concerns. Vietnam,The Philippines and others in the region are also sick of the confrontational attitudes in the Pacific. A friend in need is a friend indeed.

Why do the WaPo editors bother publishing such nonsense over a traditional family get together? What evidence does WaPo have of the world watching in disbelief? Should Americans heed the disapproval of someone living in Melbourne?

It is hard to think of a more sanctimonious article that sneers at families bonding.

Or have Americans moved on from the fear-mongering peddled by medical activists enjoying new found powers to push politics over science?

Isn’t it just more evidence of Americans growing fed up and tired of the double standards displayed by hypocritical politicians who break the very rules they portend gruesome death if the peasants don’t follow draconian orders to the letter?

Maybe when people see elites like California Gov Gavin Newsom busted for having a swank dinner with the CEO of the California Medical Association – who represents thousands of physicians – people can see that they are being played.

It perfectly sums up the satirical video we published today about “obedience.”

Nuff said. It’s for your own good.

Not far off the Mark when it comes to COVID lockdown rules.

It's disappointing that my beloved @abcnews & @ABCTV has still such a long way to go to ensure the network accurately reflects the Australian population #diversity #whatdiversity pic.twitter.com/xvjxCfSOcr

The ABC never gets it. The corporation was eaten by its own for showcasing its lack of diversity (in terms of identity) in political programming.

“Do the people who run ABC News not understand how weird this looks?…At some point, when you’re assembling these photos, you’d pause and think ‘Hmm something not quite right here’. It should so embarrassing that they shouldn’t be able get away with it. But who is going to hold them to account? Everywhere else is even whiter, lol.”

The ABC hit back at the criticism lobbed at it by posting its programs that highlight “diversity and inclusion.”

Unfortunately, the utter lack of “diversity of thought” is behind the long term decline in ratings. That would be a great area for the ABC to start.

We remind readers of the last internal survey at the ABC tucked away in a recent annual report.

This moved the ABC from the median to the bottom quartile when benchmarked with other Australian and New Zealand organisations. Bottom quartile!!!

Employees expressed the need for improvement in several areas, including:

• that the ABC Leadership Team needs to be more visible, accessible and communicate more openly.

• that the ABC needs to do a better job of managing poor performance. Even the staff want to move duds on. A commercial spirit among the staff?

• that employees want to know what action is being taken to address feedback received in the survey.

The ABC often harps out how tough it is doing despite $1bn in guaranteed annual revenue. The network whines at being asked for a pay freeze (which it rejected) while the private media sector has been forced to downsize in order to survive. Every time the budget is raised at the ABC, more staff are hired.

Maybe if the media outlet pushed for more diversity of thought, its ratings might start to climb. Perhaps TVNZ has the answer. 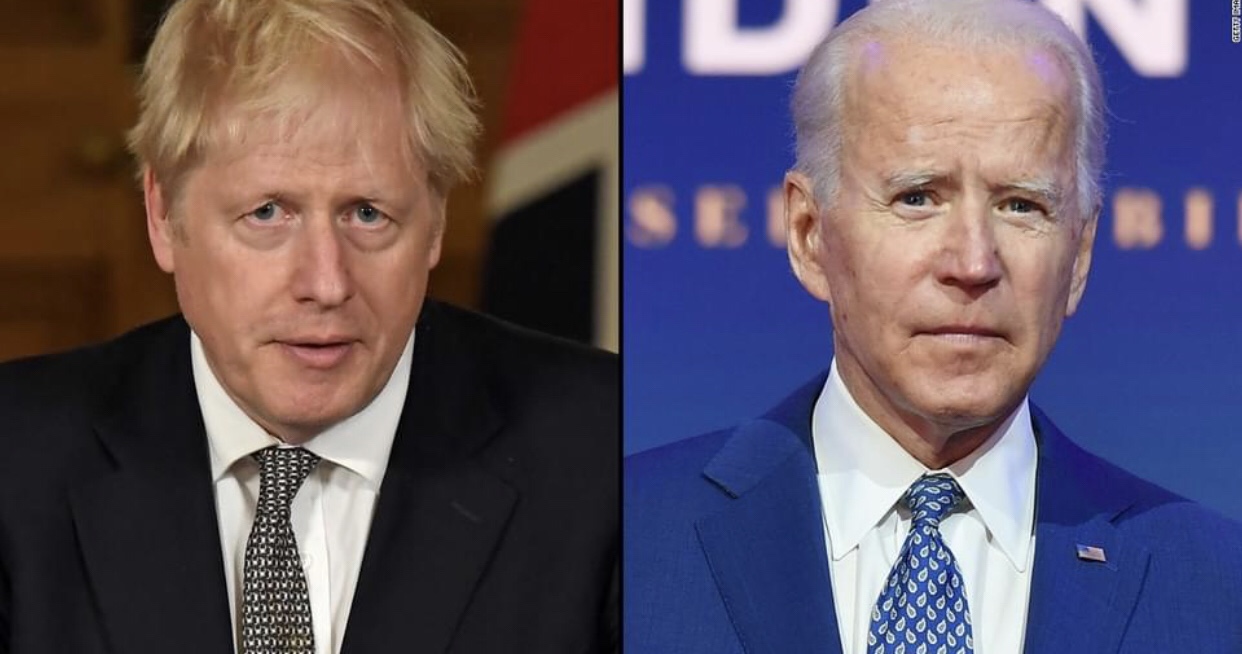 Former VP Joe Biden is putting pressure on UK PM Boris Johnson to strike a deal with the EU on trade.

“We can’t allow the Good Friday Agreement that brought peace to Northern Ireland to become a casualty of Brexit. Any trade deal between the U.S. and U.K. must be contingent upon respect for the Agreement and preventing the return of a hard border. Period.”

Should Johnson forget the referendum and quasi second referendum where the majority of British voters spoke about leaving the EU? His duty is to follow through on that, not be threatened by the US. If a “no deal” ends up better for Britons than any trade negotiation, Biden should accept that democratic decision, not try to bully an outcome for his globalists pals. Perhaps Hunter Biden can get a lucrative job as an EU trade advisor?

We have always liked Bill Maher as the lefty who has the guts to call out his side for all of the ridiculous positions they continue to take. 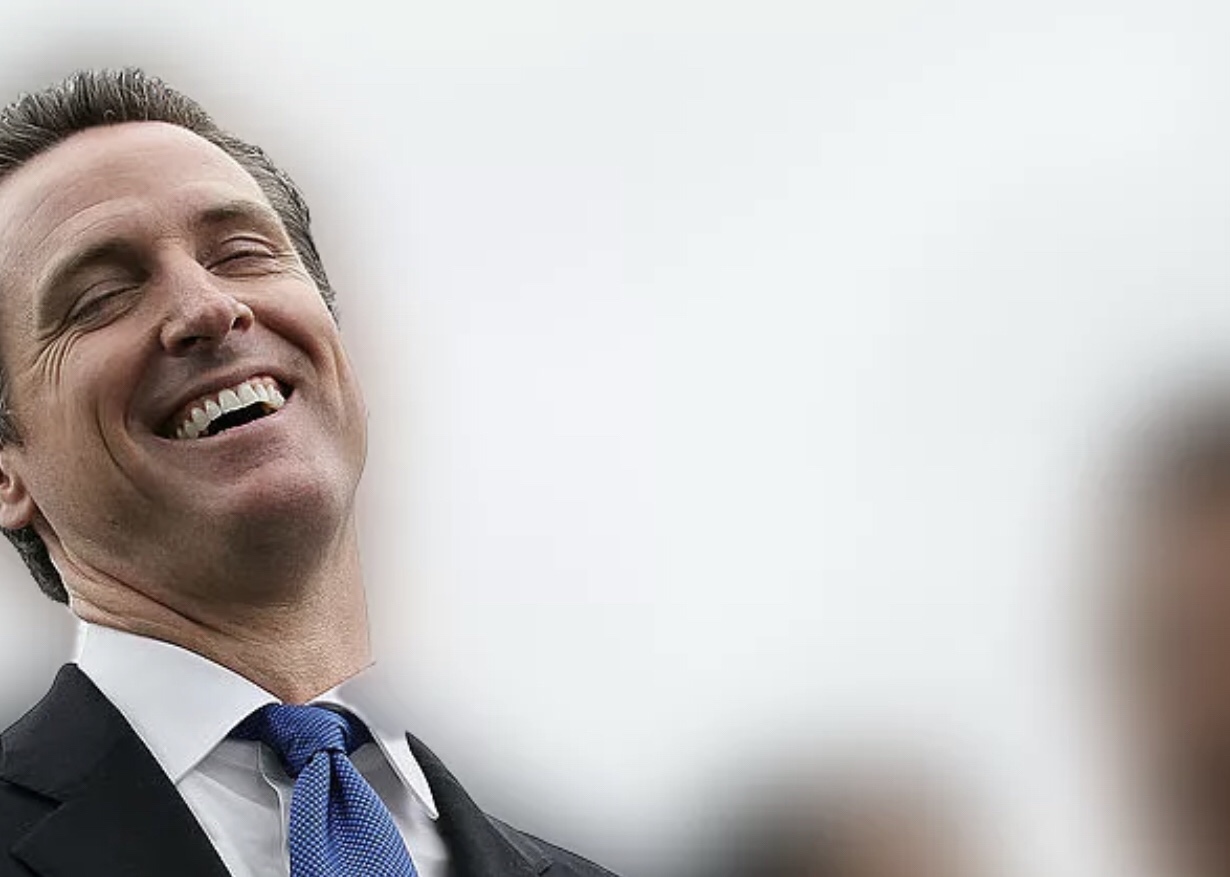 More liberal hypocrisy. So soon after being busted for violating his own rules by dining in a flash restaurant with health association executives no less, California Gov Gavin Newsom has declared Hollywood an essential industry which is not subject to lockdown rules imposed between 10pm and 5am.

What a joke. Then again, Hollywood leans left so they get a pass in California. How typical of the elitist mentality of the Democrat party. Best not waste precious police resources on actors. Far more useful to arrest paddle boarders social distancing 200m away from anyone else and threaten them with 6 months jail.

We prefer the words of South Dakota Gov Kristi Noem who said, “who am I to tell you whether your business is essential or not?“

John Kerry: Joe Biden’s pick for Climate Envoy. The hypocrisy of being lectured to by a man who is hardly setting the example.